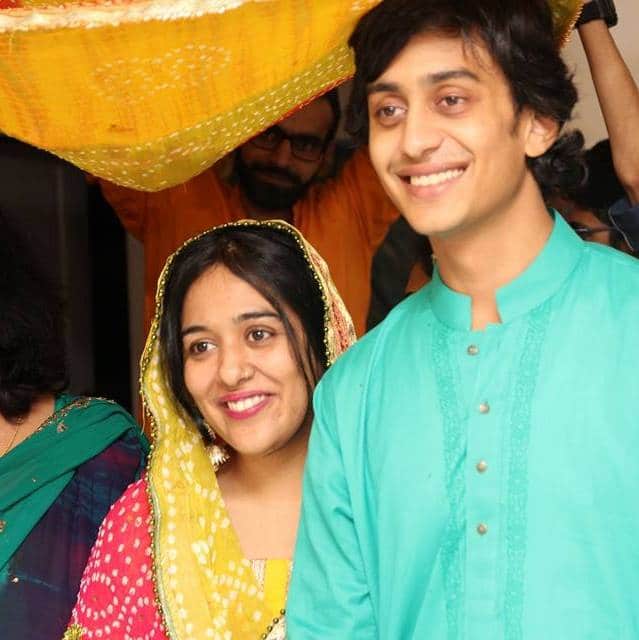 Yasra Rizvi is a Pakistani television/film actress and scriptwriter. She was born on 15 November 1982, in Islamabad. She grew up in the capital of Pakistan and went to the UK for the pursuit of her higher education where she got her BBA Degree in Human Resource Management from Western Michigan University, London, UK. In December 2016, Rizvi got married to a drama producer, Abdul Hadi in Karachi who is ten years younger than her.

Rizvi started her showbiz career as a writer of “Bench”, when she came back from London, the UK after completing her Masters. Initially, Rizvi played as stage performer on the various stage shows. She has also worked in theatre plays as an actor in “Bench”. Next, she turned herself to the television screen and worked in many television serials. Her first performance on the television screen was the Geo TV drama serial “Mi Raqsam”. Then, in 2012 she screened as a supportive role of Rehana in the drama serial “Daage” along with Fahad Mustafa and Mehar Bano is highly appreciated and praised by the people. The story is focused on the social issue of the middle class, the births of more children for the wish of a baby boy.

She received her real fame in 2013, after her portrayal of the lead female character of a single mother as Fariha, in the famous drama serial Mann Ke Moti along with Faysal Qureshi, Asma Abbas, and Waseem Abbas. The drama was aired on Geo TV. The drama got the high critical acclaim and the drama was a critical and commercial hit. It was again broadcast on India channel Zindagi TV. The drama is focused on the issue of illegal immigration to earn money and second marriage, when a woman seemed to be a widow, but not in reality.

In 2014, she has also appeared in the famous drama serial of Geo TV drama “Malika e Aliya” where she played the role of Khatija with Maria Wasti. This drama is the story of evil plans of a selfish girl Alia to become the owner of her in-laws’ home.

In 2016, subsequently, she portrayed in the most famous Pakistani anthology drama telefilm “Kitni Girhain Baqi Hain” which is based on the real situation of life. The played the role of Yasra in the Episode: 36 “Tuf Hai Tum Pa”.

In 2018, she has worked as a play writer and actor at the same time. She played the lead character in the Pakistani anthology thriller drama series “Ustani Jee”. Each episode is the solution to social and domestic issues. In this drama, Sarah Khan played as Ustani Jee née Shehwar on Hum TV.

Later on, in 2015, Rizvi also made her film debut with the block blaster movie where she featured her special appearance as Sherry’s mother in the Pakistani adventure comedy film “Jawani Phir Nahi Ani 2”, cast with Humayun Saeed, Ahmad Ali Butt, Vasay Chaudhry, and Sarwat Gillani. This film is the continuation of “Jawani Phir Nahi Ani”.

“Senti Aur Mental” is her upcoming Lollywood comedy film debut. The film is directed, written and cast by herself along with Zain Afzal, and Yousaf Bashir Qureshi as a lead cast. This film will be released in 2020.

Yasra Rizvi is a glorious actress and has given blockbuster hit movies. Although, Rizvi has worked in the Pakistan entertainment industry for many years. She got her real fame after her one of the best performances in the Geo TV drama series “Mann Ke Moti”. Her name further glowed like a film star when she became the part of a blockbuster hit movie “Jawani Phir Nahi Ani”, and “Manto”’.