Mukesh Chhabra is a multi-talented artist who flaunts his excellent skills. He is not just an actor, yet a film director, casting director, and acting workshop director as well. He has worked in several movies and also worked on various film projects as a director. Also, he has worked in some popular movies including “Chillar Party”, “Kai Po Che” and others are worth sharing to watch. The Mumbai resident is undoubtedly amazing and has been winning the hearts of many with his absolutely remarkable contribution to the Hindi cinema. His many fellow directors and actors praised him for his brilliant work.

The most-talented, high-spirited actor has been constantly feeling the charm of his greater success as he has given various worth watching movies to his viewers and fans. He has worked as an actor in several Indian movies including “Chillar Party” which was a directorial of Vikas Bahl, “Gangs of Wassaypur” which was directed by the fame director Anurag Kashyap, “Kai Po Che” which was directed by Abhishek Kapoor, “D-Day” by Nikhil Advani and the list goes on. Apart from acting, he has established himself as a successful film director and casting director as well. While he also directed some acting workshops and many aspiring actors got trained by him at his new studio located in Delhi, India. Alongside this, he also made his first directorial named “Dil Bechara” in which he featured late star, Shushant Singh. While the film was a remake of the “Faults in Our Stars”. However, some of his popular film projects include “Chennai Express” starring Shahrukh Khan, “Hasee To Phasee”, “Mastram” and others that are worth sharing. Apart from movies, he also directed TVC. Meanwhile, he did several tasks and directed movies.

Mukesh Chhabra has gained a lot of fame, appreciation, and recognition for his amazing contribution to the Hindi cinema.

Known For: The film Chillar Party 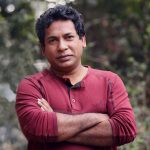