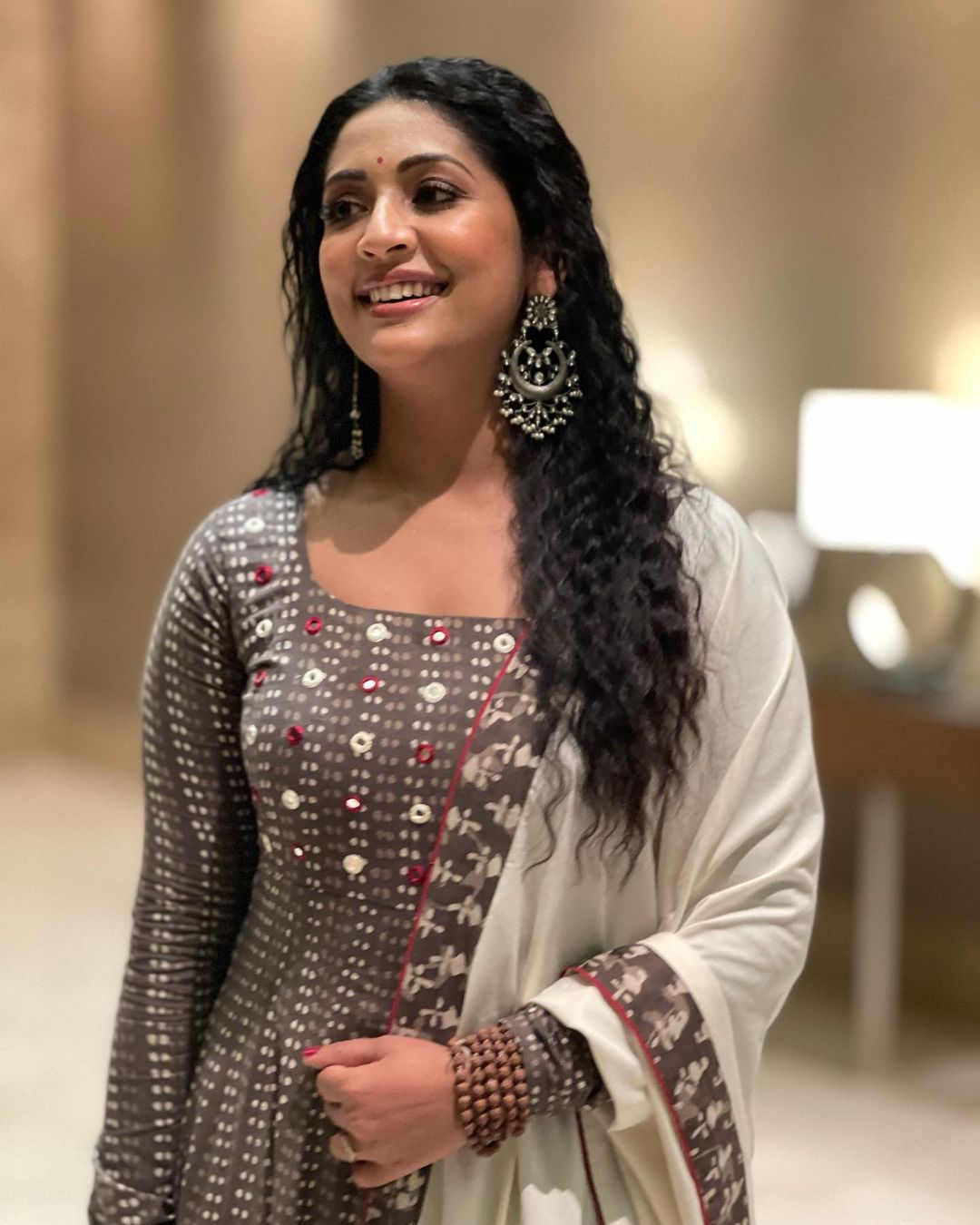 Navya Nair is an Indian actress, works in the South Indian film industry. She is popular for appearing in Malayalam, Tamil, and Kannada movies. She is the daughter of Raju and Veena. She is from Cheppad, a village near Harippad in Alleppey District.

Navya Nair studied at Bethany Balikamadom High School, Naniarkulangara till 10th class. Later, she then went to MSM Higher Secondary School where her mother served as a teacher. She is a MBA graduate.

In 2001, Nair started off her career with a film named ‘Ishtam’ starring Dileep. It went hit and got positive reviews. And what’s more? The film was critically acclaimed and got praised by everyone.

Navya Nair is known for her role of ‘Balamani’ in ‘Nandanam’. For her best performance, she was awarded the Kerala State Film Award for Best Actress.

She has done a lot of movies and television series for which she was honored with various awards including the Filmfare Award for Best Actress – Malayalam in 2002 for the same.

During her career life, the actress has been paired with Mohanlal, Mammooty, Suresh Gopi, Jayaram, Dileep, Prithviraj, and Jayasurya.

She is the recipient of many awards that she won for her brilliant performances. Navya Nair is the winner of two Kerala State Film Awards and one South Filmfare Award.