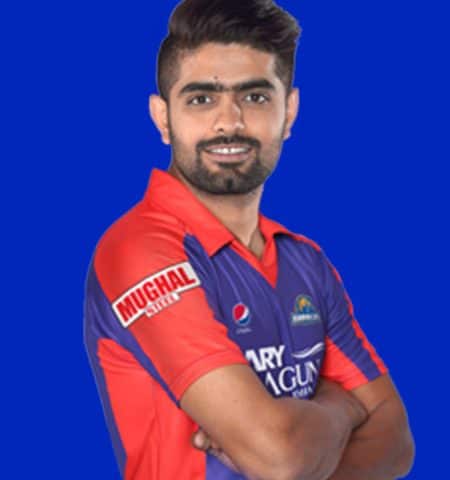 Babar Azam is a Pakistani top-order batsman who captains the Pakistan cricket team in all formats. Many cricket pundits and enthusiasts regard him as one of Pakistan’s best batsmen, and with reason.

For his fans, we’ve compiled a list of fascinating facts about him that you’ll undoubtedly enjoy reading.

Babar Azam began his career in Lahore, where he played age-group cricket under the watchful eye of his coach, “Mansoor Hameed”, who trained him at “YuSlim cricket club”. He used to leave his house at 10 a.m. to train with his two cousins and a friend to Model Town Park in Lahore, which took an hour to walk to.

Babar Azam made a cameo appearance in a live broadcast Test match between Pakistan and South Africa in 2007. As a ball boy, he caught a brilliant catch that was hit for six by “JP Duminy” during South Africa’s 42nd over, earning praise from match commentator “Ian Bishop” for his catch. [1]

Babar Azam made his domestic cricket debut at the age of 15 in a Royal Bank of Scotland Cup List-a match for his side ZTBL against Pakistan Customs. He hit 10 boundaries and a six to score 68 runs off 78 balls. With 6 wickets remaining, ZTBL easily won the match.

4. ODI Debut With a Century

On May 31, 2015, Babar Azam made his One-Day International debut against Zimbabwe in Lahore. It was a special game for him because it was his first game at “Gaddafi Stadium”. On his debut, he scored a half-century.

During the three-ODI series against the West Indies in the UAE in 2016, Azam became the third Pakistani batsman after “Zaheer Abbas” and “Saeed Anwar” to hit three consecutive centuries. In the entire series, Azam scored 360 runs at 120.

Azam was set to make his Twenty20 (T20I) debut in the Asia Cup 2016 and the ICC World Twenty20 2016, but he was injured and was replaced by Sharjeel Khan. Azam was ruled out of the tournament after suffering a fracture in his left forearm during a practice session during the 2016 Pakistan Super League (PSL).

Azam is an ardent fan of former South African captain “AB de Villiers”. He admitted once that he idolizes the Protea great and aspires to be like him. [2]

He began playing the game at a young age because cricket was in his blood. Not many people are aware that Pakistan’s captain is related to two brothers, “Kamran” and “Umar Akmal”. He is the cousin of the famous cricketing siblings, whom he also credits with greatly assisting him in his game.