An Indian actress Muskaan Khubchandani, works in the Telugu and Hindi film industry and has been constantly winning thousands of hearts with not just her elegant looks, yet amazing acting prowess. Besides acting, she had a passion for modeling as it was a hobby at a young age so she took it as a career as well and modeled for various notable brands. It was the time when she was studying at Delhi University. Well, to know more about her, here we have compiled some unknown things you probably did not know about. 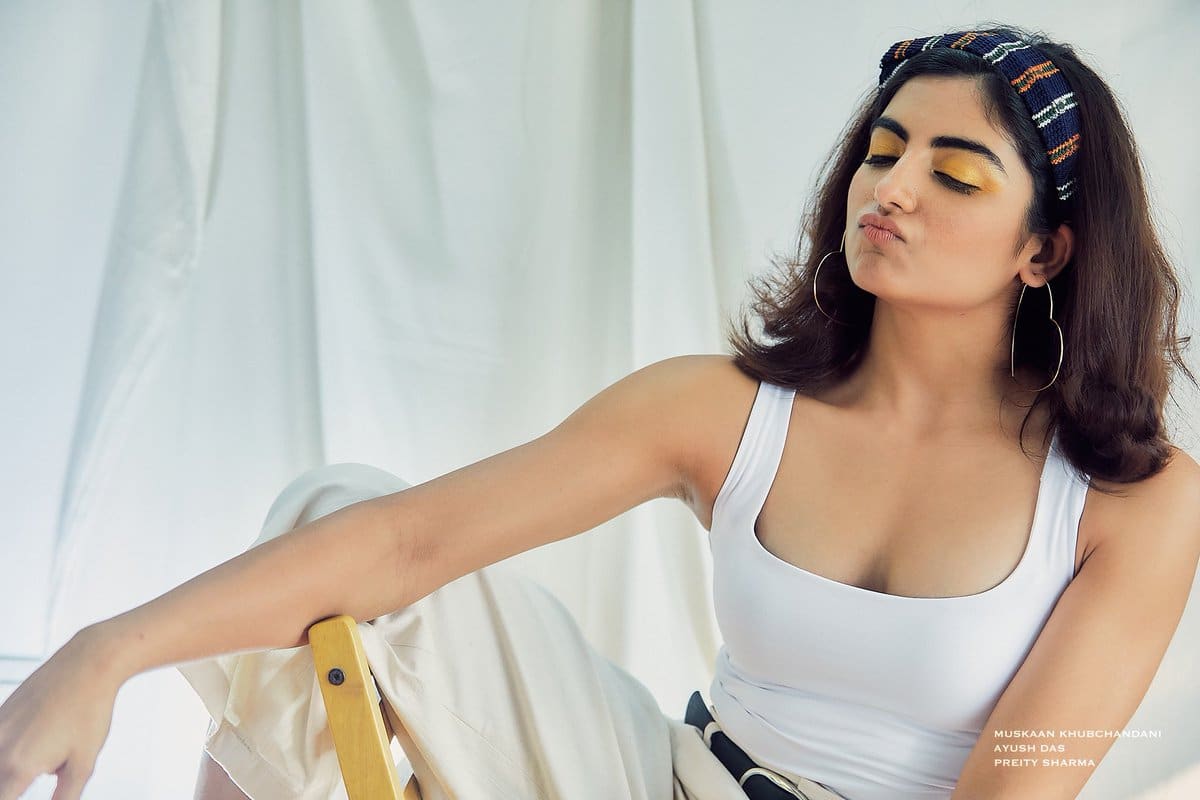 In 2018, Muskaan Khubchandani made an appearance in the Bollywood blockbuster film ‘Veere Di Wedding’ in which she shared the screen space alongside big stars, such as; Kareena Kapoor, Sonam Kapoor, and others.

In 2019, the actress got a chance to work in a Telugu film ‘George Reddy’ in which she appeared as a lead alongside the most popular actor Sandeep Madhav. While the film was directed by Jeevan Reddy.

Muskaan Khubchandani loves Dancing, Reading, Watching movies, Travelling, and Singing during her leisure time as she loves refreshes her mind after doing a lot of work on the sets.

The actress is extremely active on all her social media accounts where she has a massive fan following particularly on her Instagram account where she interacts with her fans.

Apart from acting and modeling, Muskaan Khubchandani did many commercials for which she got huge applause. She is known for being a remarkable face in the world of commercials with amazing appearances.

The actress has vast theatre experience with Amayraa and among many notable theatre plays, one of the most popular is ‘The Enchanted Princes’ (2016) for which she got much praise and appreciation.

A very few people know that Muskaan Khubchandani is a well-trained Kathak dancer and apart from this, she is known for being an expert in other dance forms, such as; Bharatnatyam, Classical, and others.

You will be amazed to know that the actress flaunts her multiple skills as she has incredible talent in almost all fields that make her stand out among all. This does not end here as she is also a well-trained gymnast and calisthenics.