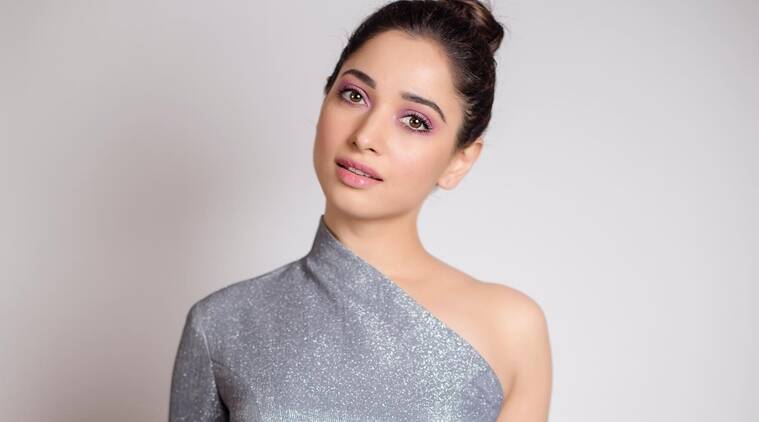 Tamannah Bhatia is a pretty gorgeous Indian actress who exclusively works in Tamil, Telugu, and Bollywood films and known for her admiring acting prowess. Additionally, she also takes part in various stage shows and works as a model for many notable brands and products. What’s more? She made her acting debut at the age of 15 through a Bollywood film named ‘Chand Sa Roshan Chehra’ which was released in the year 2005. Not only this but the stunning star also got the chance to get featured in Abhijeet Sawant’s music video, a song titled ‘Lafzon Mein’ from the music album ‘Apka Abhijeet’ which he dropped in 2005.Â  While in the same year, Bhatia made her first Telugu film named ‘Sri’ and also made a Tamil debut movie ‘Kedi’ in 2006. In 2007, she then appeared in drama films ‘Happy Days’ and ‘Kalloori’ (Tamil). Likewise, she did many projects and got famous for her outstanding work and performances. To know more, give it a read!

Tamannaah Bhatia is known for her simplicity and versatility, but once she broke her signature style, and worked in the film ‘KD’ which was directed by Ravi Krishna. In the movie, she played a negative role for which she got praised by many.

Like many other well-known celebrity stars, Tamannaah Bhatia also changed her screen name for numerological reasons. Her name’s spelling is slightly changed from what it was originally.

Alongside her acting career, she is running her own Jewelry Brand and known for being a successful entrepreneur. Her jewelry brand name is ‘Wite-n-Gold’ and she is known for being a creative head of the brand.

Tamannaah Bhatia is a multilingual star who has command over Hindi, Tamil, and Telugu language as well and also worked in many films in Telugu, Tamil, and Bollywood film industry.

Tamannah Bhatia became famous for appearing in Abhijeet Sawant’s music video titled ‘Lafzon Mein’ which was a song from his music album ‘Apka Abhijeet’ released in the year 2005. This led her to get famed.

6- Born in a Sindhi Family

You will be amazed to know that the ideal beau comes from a Sindhi family. She is the daughter of Santhosh who is a diamond merchant and her mother, Rajani Bhatia is a homemaker.

Many celebrities have faced challenges for their dark complexion but luckily, Tamannaah Bhatia did not face anything like that. Even she was honored with the title of the ‘Milk Beauty’ which she won for having a fair complexion.

Tamannaah Bhatia also featured in many commercials including Padikathavan, Paiyaa, Ayaan, and Siruthai. Also, Bhatia established herself as one of the most acclaimed actresses in the south Indian film industry.