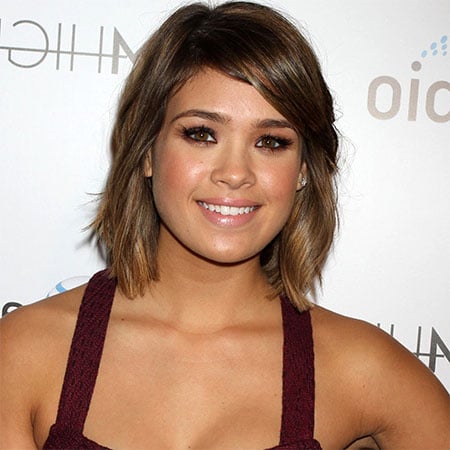 Nicole Gale Anderson was born on August 29, 1990. She is an American actress. She is best known for her role as Heather Chandler on The CW series Beauty & the Beast with co-stars Kristin Kreuk, Jay Ryan, and Nina Lisandrello. Nicole Anderson is also known for her contribution to the ABC Family shows Make It or Break It alongside talented stars such as Ayla Kell, Josie Loren, Cassandra Scerbo, and many others. She has performed brilliantly as Miranda Collins in Ravenswood with stars Tyler Blackburn and Steven Cabral.

Nicole Gale Anderson was born in Rochester, Indiana. Her father is an American, he served as a Commander in the United States Navy, and her mother is of Filipino ethnicity. Nicole has been a bright and talented soul since her childhood. She had won national gymnastics competitions but couldn’t continue because of some serious injuries. At the age of 13, Anderson was awarded a scholarship to Georgia’s Barbizon Modeling and Acting School. After that, she started to study acting and attending auditions.

Nicole Anderson has done several print ads and television commercials. She auditioned for the role of Stella on the television show Jonas, but actress Chelsea Kane won the part. After the plot of the show altered, the producers decided to give Stella a best friend and offered Anderson the role of Macy. Anderson made her TV debut in Unfabulous as Cheerleader #3 with co-stars Emma Roberts, Melise, Jordan Calloway, and many others.

In 2005, she made her acting debut in Mulawin: The Movie with co-stars Richard Gutierrez and Angel Locsin. In 2012, Nicole Anderson made a major comeback when she was added to the cast of Beauty & the Beast TV series as Heather Chandler. In 2013, Nicole Anderson joined Ravenswood with other stars such as Tyler Blackburn and Steven Cabral, which happened to be a successful TV series. She had also appeared in the Pretty Little Liars episode as Miranda Collins.

Nicole Gale Anderson have won two state championships and one all-around championship as a gymnast at the age of 13.

Known For: her role as Heather Chandler on The CW series Beauty & the Beast.