Emily Rose Roberts is an American actress and singer. Roberts gained recognition for her starring role as Addie Singer on the Nickelodeon television series Unfabulous (2004-2007).

Roberts made her acting debut at the age of nine in Ted Demme’s 2001 drama film Blow. In the film, Kristina Jung is the daughter of Johnny Depp’s character (cocaine smuggler George Jung). In the same year, she also had a role in Leif Tilden’s 10-minute short bigLove, and was an uncredited extra in some scenes featuring her aunt Julia Roberts in America’s Sweethearts.
Emma Roberts, however, has made her broader career. She has acted in more than 35 films, 16 television series. She also released her music album named ‘Unfabulous and More’ in the year 2005. In the same year, she dropped a few singles including three singles.
Apart from her acting and singing projects, she also collaborated with other hotshots of the music industry and appeared in many music videos. Moreover, she made some guest appearances as well.

Emma Roberts has gained immense popularity and extreme love & praise from her fans and the viewers. She has been enthralling the larger audience with her wonderful performances as an actress and a singer as well. 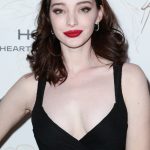 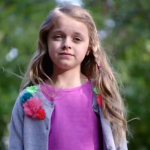