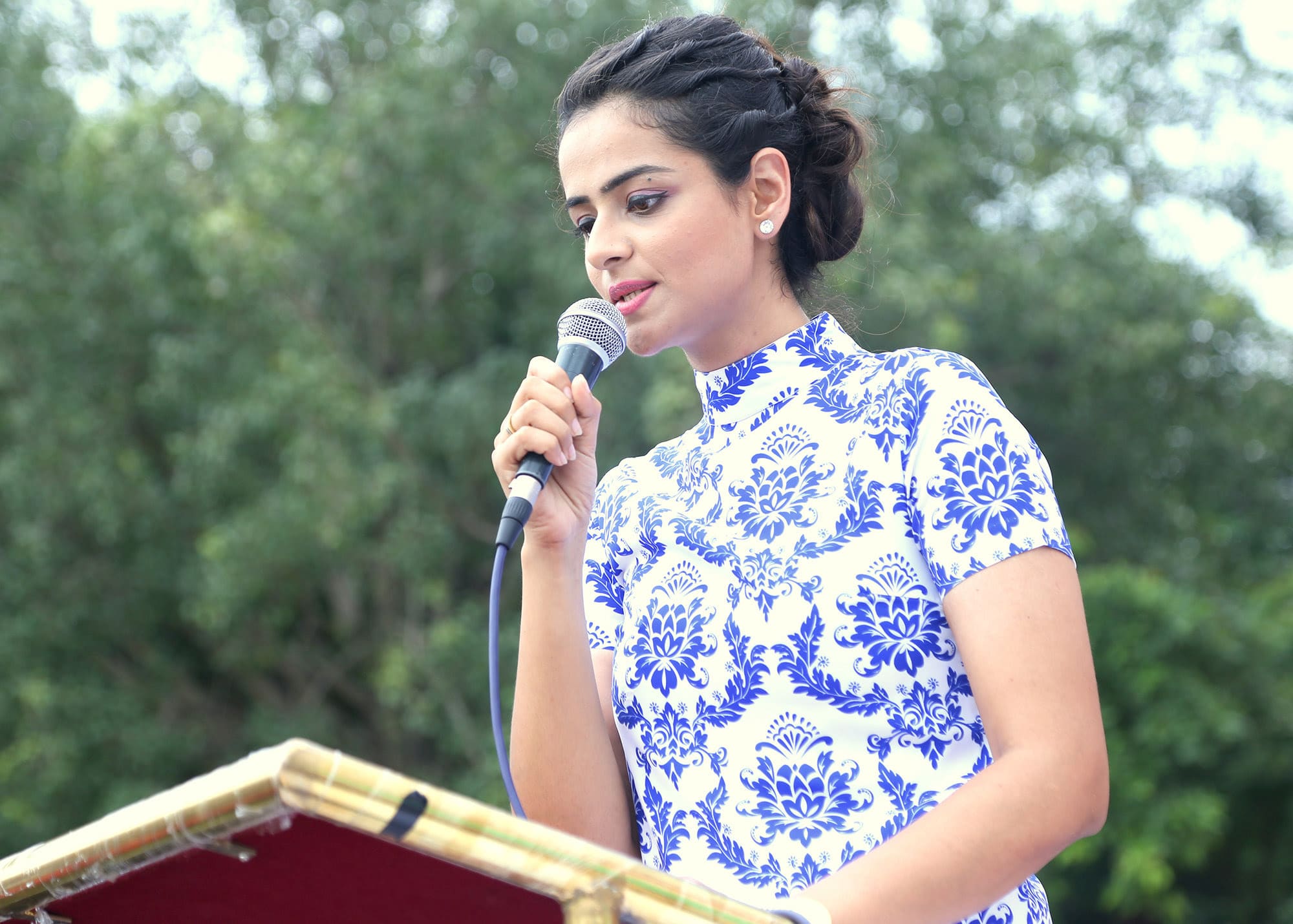 Prachi Tehlan is a most-talented, high-spirited, and vibrant star who flaunts her incredible talent. She is an Indian sportsperson, actress, and entrepreneur. In 2010, she became the youngest captain of the Indian Netball Team in Common Wealth Games.  Apart from this, she has built her career in the field of acting and has done various TV serials. She is mainly known for the role played in the serial “Diya Aur Baati Hum”. In the serial, she appeared as Arzoo Rathi for which she got immense love and praise from fans.

Prachi Tehlan was born on 2nd October 1993, hailing from Delhi, India. She did schooling from Sachdeva Public School and Montfort Senior Secondary School. Later, she completed her B.Com from Jesus and Mary College.  Afterward, she did a PG diploma in Marketing Management. She then did a Masters in Business Administration (Hr & Marketing). Apart from this, she had a passion for sports and that’s the reason she always took part in sports activities.

In 2002, Prachi Tehlan took the start of her career as a Basketball Player and played 2 sub-junior nationals (under-14) in Pondicherry and Karnataka. Also, she represented Delhi for 8 times in the under-17 category. Thereafter, she represented Delhi under-19 for 3 times and fortunately, she won all matches. In 2008, Prachi Tehlan got first ranked in the Basketball Competition during her college days. While studying in college, she took part in the Netball Team and got selected. Later, she was awarded a Gold Medal in 54th National Games. Also, she represented India in the 6th National Cup held in Singapore. In 2016, she took a new turn and started her career as a TV actress. She made her debut serial “Diya Aur Baati Hum” in which she portrayed the role of Arzoo Rathi. Later, she appeared as a lead actress in the serial “Ikyawan” which was aired on Star Plus. In 2017, she then made her Punjabi film debut “Arjan”. She appeared in another Punjabi movie named “Bailaras”. In 2019, Prachi Tehlan made her Malayalam debut movie “Mamangam”. However, the most-talented star has achieved so much in her career life and still struggling to get more success.

Among various prestigious achievements, Prachi Tehlan was awarded a Gold Medal in the 54th National Games.