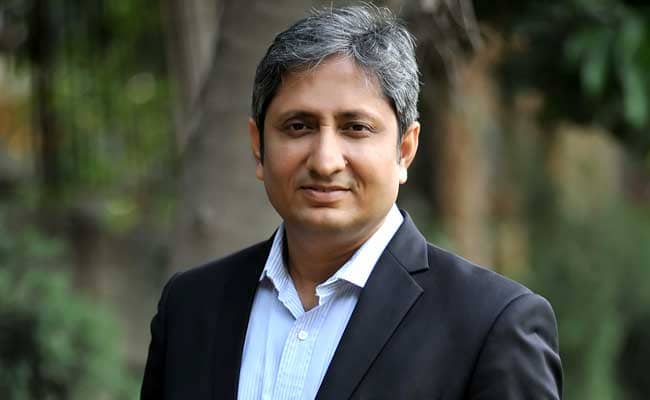 Ravish Kumar is an uprising Indian television anchor, a writer as well a journalist. He was born in Motihari, Bihar, India on 5th December 1974. Ravish Kumar deals with the topic pertinent with Indian society and politics. He works as senior supervisory editor on At NDTV India. He also anchors numerous programs covering the Channel’s Flagship weekday Show named Ravish Ki Report and Hum Log. Ravish Kumar is an Indian nationality holder. He belongs to a conformist family.

Ravish Kumar completed his schooling at Loyola high School Patna. He earned his graduation degree from Deshbandhu College and Delhi University. He hosts a program titled ‘Ravish Ki Report’. He also anchors other television programs comprising off India’s flagship weekday show, Hum Log and Prime Time. In the year 2016, Ravish Kumar has been listed amongst 100 most powerful Indians in 2016 by Indian Express.

Ravish Kumar was married to a history teacher named Nayana Dasgupta. All through his M. Phil in Delhi, he firstly met to his soul mate Nayana. Both of them became close friends and afterwards started dating. Prior marriage, they had dated for more than seven years and afterwards made a decision to get married. The couple encountered complications as both of them belong to different religion and family backgrounds. Though, Ravish Kumar made a decision to get against his family with the intention of marrying Nayana. In free time, Ravish loves to play chess. Kumar’s monthly income is average of Rupees 20 lakhs and a yearly income of rupees 2.5 crores.

At present, Ravish Kumar has been acclaimed as well as critiqued for his remarks on diplomatically swayed media coverage of JNU Disagreement. He had spoken to specific media reporters particularly criticizing severely against Arnab Goswami, the chief editor and newscaster of ET Now and Times Now. Points that Ravish had stated came as a jolt to the audience as it was not his behavior to harshly remark on others. In answer, Arnab Goswami indirectly stated that he will not to toe the line, just like some polite-talking journalists.