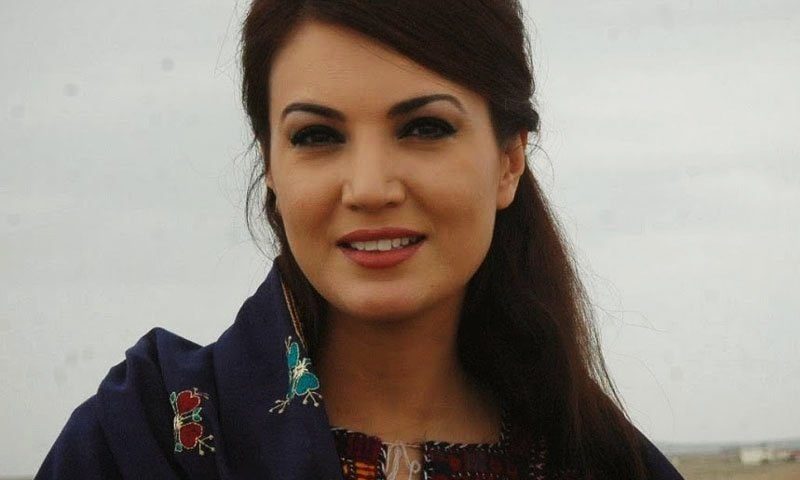 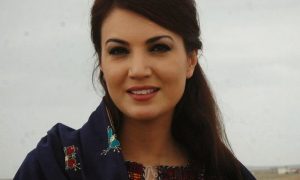 Reham Khan is commonly known as a Libyan born British Pakistani journalist, filmmaker and author. She was born on 3th April 1973 and daughter of a well-known Pakistani physician named Nayyar Ramzan. She is ethnologically of Pashtun backgrounds from Lughmani tribe, a sub-tribe of the Swati clan.

Reham Khan is fluent in four languages involves Urdu, English, Pashto and her familial Hindko, a language of Punjabi dialect. Her family comes from the Baffa, a town lying approx. 15 km west of Mansehra city in Khyber Pakhtunkhwa. Reham’s parents shifted to Libya in 1960s, where she was born in Ajdabiya in the year 1973. She has two siblings involve one brother and one sister.

Reham Khan is the niece of former governor of Khyber-Pakhtunkhwa named Abdul Hakeem Khan who was also the former Chief Justice of Peshawar High Court. She got her Bachelor Degree with a specialization in Education from Jinnah College for Women, Peshawar.

Reham Khan married to Ejaz Rehman, a British psychiatrist and her first cousin, when she was only 19 years old. After their divorce, Reham started working as a broadcasting journalist. She has 3 children who lived with her mother since divorce. On 6th January 2015, recent prime minister of Pakistan Imran Khan declared his marriage to Reham Khan which afterward ended on 30th October 2015 through a divorce.

Reham Khan initiated her career in the year 2006 by hosting a show broadcasted on Legal TV. In 2007, she started presenting for Sunshine Radio Worcester and Hereford. In 2008, Reham joined BBC as a newscast journalist.

In 2013, Reham came to Pakistan and joined a famous Pakistani news channel News One. After that, she joined Aaj TV. In the year 2014, pursuing a short stint on PTV, she joined Dawn News hosting a current affairs show “In Focus”. In early 2015, Reham continued her work with another show on Dawn News.

Moreover, a couple of days back,  her personal life was also the highlight of every magazine and talk show. She was married to Ijaz Rehman during the years 1993-2005. In her second marriage, she had Imran Khan as a spouse. It was no more than controversy for her. She had three children named Sahir, Inaya, and Ridah. Reham has been an active journalist and social worker. She is a true example of working and independent woman. She carries the alluring qualities, which makes her one of her kind.

Why Imran Khan as a husband?

This was the main highlight of the press a few months ago. Reham got married to Imran Khan on 6th January 2015. This marriage was not fruitful for her. The marriage lasted for almost a year. Moreover, this has proved the most rated controversy of her life. After the divorce, Reham raised allegations on Imran Khan with the help of media. She has presented herself as a social victim after this experience.

Reham used the pen to present her life in the form of a book. In this book, she explained every aspect of her life. This book gained a lot of hype in the media. As Reham is a successful journalist, she knew her ways. Furthermore, this added spice to Reham and Imran’s post-separation life. She also wrote about her first husband in this book. Although this book was not considered a success, it does gain a lot of popularity for Reham Khan.

What was the agenda behind marrying Imran Khan?

This is the most asked question but Reham has been reluctant to answer this. There is a lot of gossips that REham married Imran only for the sake of limelight and business. But Reham has always nullified this rumor on every public platform. She says that Imran Khan has chosen the wrong woman to mess with. This shows her nature and thinking towards her next goals. She has depicted herself as dominating and assertive in every aspect.

What is Reham’s interest besides journalism?

Reham has proved herself as an interesting figure, so people are always eager to know about her activities. She has groomed herself as a social worker. Due to which claims to work for the poor and deranged in the future. It is her utmost desire to make this world a better place. She has refused to sue any political platform in this regard.

Do Pakistanis believe the allegations of Reham Khan?

Reham and Imran conflict have been the favorite topic for every local. Moreover, they are keen to know what next. As per media analysis, the mass has rejected Reham’s allegations. Although, they have listened to every story with full interest and investment. They believe Reham has used this marriage as a tactic to gain popularity and limelight in the new world. Altogether, this topic is center of attention when explained.