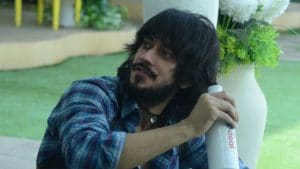 Rishabh Sinha is a film and TV actor, born on 29th January 1988, hailing from Haryana, India where he raised and grew up. After completing his studies, he decided to join the field of showbiz. He has worked in many Hindi TV serials for which he got huge recognition. In 2012, he made his debut with MTV Splitsvilla. The young, emerging actor has the ability to win the hearts of many with his splendid acting prowess and amazing performances.

In 2012, Rishabh Sinha took the start of his career with MTV Splitsvilla as he appeared as a contestant. In 2014, he then appeared again on the same TV show as a contestant. While from 2012 to 2013, he then made an appearance in the TV serial “Qubool Hai” in which he appeared as Ayaan Ahmed Khan. Later, he appeared on the reality TV show named “Bigg Boss-9” as a contestant and emerged as a first runner up. Moreover, he also worked in the movie “Kaanchi” in which he played a negative role for which he got immense love and a positive response from everyone. The movie was released in the year 2014 and it was directed and produced by Subhash Ghai. In 2020, he then appeared in another movie “Unlock” in which he appeared as Anubhav. However, the actor has undoubtedly brilliant acting skills as he proved himself as the best and successful actor. Moreover, he is still looking for more opportunities.

Rishabh Sinha has achieved so much in his career life as he got huge acclaim and recognition from fans and viewers.