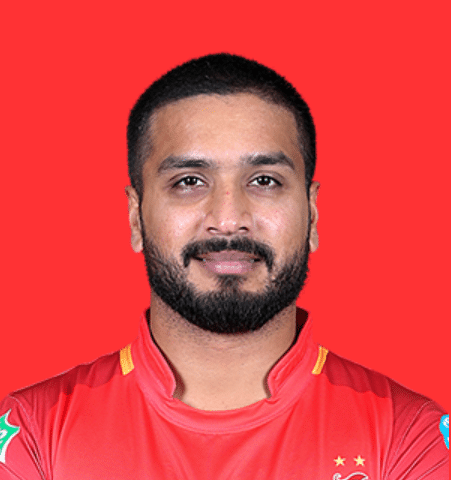 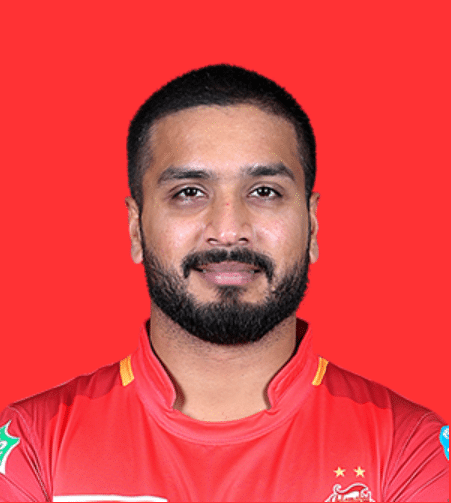 Known For Being famous in Karachi cricketing circles as someone who had the best slower one, a delivery with which he would beguile the best of batsmen at club level

Rumman Raees is one of the talented players of a Pakistani cricket team who has played both domestic as well as international cricket. Roman was born on 18 October, in 1991 and emerged as a young talented player of Pakistan cricket team from the metropolitan city of Pakistan, Karachi. He plays the role of Fast bowler in his team with the Left-arm fast-medium bowling skills but can also be performed occasionally as the Right-handed batsman.

When we talk about the initial career of the young player, he appeared Quaid-e-Azam Trophy tournament in October 2017, in the session of 2017–2018. He played the matches for United Bank Limited against Lahore Whites. In these matches, he performed well and took nine wickets by giving only 25 runs which were the second-best record in the history of first-class cricket in Pakistan. It was the second innings of the tournament.

The success of Raees was not ended here, he was named for the Global T20 Canada tournament for the Toronto Nationals squad in the draft of the inaugural edition on 3rd June 2018. It was the turning point of his career that led him to recall in the 2019 Pakistan Cup in March 2019 for the Federal Areas’ squad.

Rumman’s international career was actually started in 2016 when he was named for the 2016 ICC World Twenty20 tournament in Pakistan’s squad, but unfortunately, he was dropped out because of his knee injury. In the same year, on 27th September 2016, he played the Twenty20 International (T20I) from the national side for Pakistan against the West Indies’ squad.

Raees was also performed in the 2017 ICC Champions Trophy for Pakistan’s squad as a replacement player of Wahab Riaz. He performed excellently in the semi-final round of the One Day International (ODI) match against England’s squad on 14th June 2018 as a replacement player again of the injured Mohammad Amir. Where Raees took 2 wickets by giving 44 runs that also included one of popular England’s opener, Alex Hales.

In August 2018, Raees was awarded as one of the thirty-three players who hold a central contract by the Pakistan Cricket Board (PCB) for the season 2018–2019.

As concerned as Raees’s PSL career, he has been playing for the Islamabad United squad since 2016 till now and has been performed well in two matches of the Pakistan Super League of 2020 season.

Known For: Being famous in Karachi cricketing circles as someone who had the best slower one, a delivery with which he would beguile the best of batsmen at club level

Did Ruman Raees play for Pakistan?

Ruman was selected in the Pakistan cricket team 2016 ICC World T20 but unfortunately, he was dropped due to the Knee injury. He made his T20I debut against Sri Lanka in 2016. He made his ODI debut in the semi-final of the champions trophy 2017. He took two wickets.

For which team does Ruman Raees play in the PSL?

Why did Ruman Raees vanish from cricket?

During a PSL match, Islamabad vs Karachi Ruman dived on the due to which he got his back hurt. That dive impacted his lower back and damaged his spine. That is why he was out of the scene for quite a long time and now he is back representing his team Islamabad United in the PSL 2020.