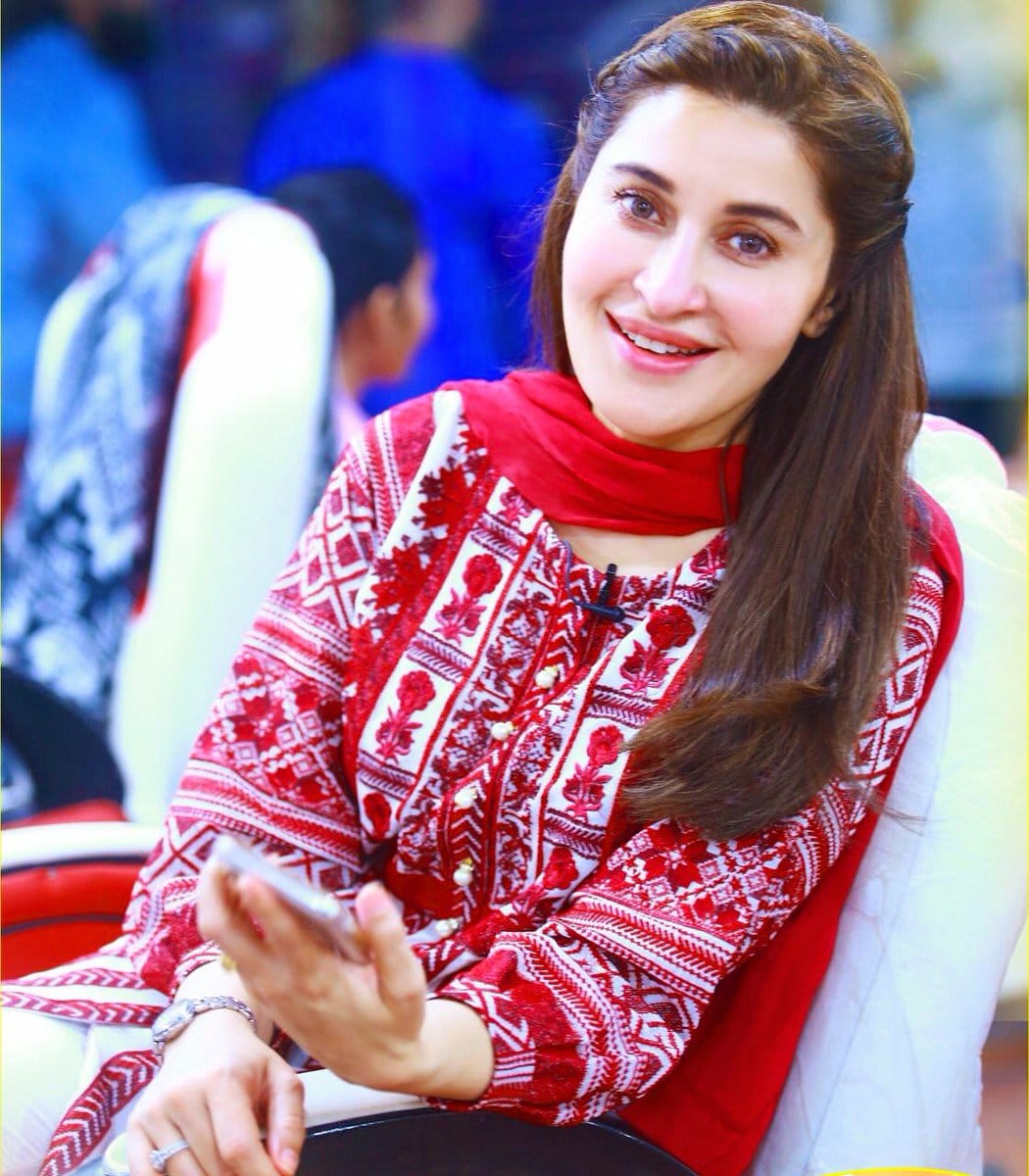 Shaista Lodhi is a famous and highest-paid TV host, an actress and also an MBBS doctor. She was born in the metropolitan city of Pakistan, Karachi. She belongs to a non-artistic family, her father is a Govt. officer, Ali Gohar Lodhi and mother is a housewife, Roshan Taj Lodhi. She is the only one sister of three brothers, named Amir Lodhi, Tahir Lodhi and a younger one, Sahir Lodhi who was also the host of various famous TV shows, and an actor. Shaista got her primary education from Habib Girls School, Karachi. Afterward, she attended Bahria School and College in 1992 and completed her secondary education.  Following, she got her higher secondary education from Govt. College for Women, Karachi with a high margin of marks. Then she attended Sindh Medical College for the pursuit of Medical study and got an MBBS degree in 2000.

Shaista started her career journey from radio and turned to the TV host. Her first TV show was “Hum Aur Aap Barah-e Rast” where the show got success. She started the hosting of ARY Digital morning show “Good Morning Pakistan”. Later on, she left the job and at the end of September 2010, she joined GEO TV where she hosted a morning show named “Utho Jago Pakistan” at the same time. When Shaista was at the peak of her success. On 15 May 2014, some alleged blasphemy was telecast on her show. Therefore, the show was suspended by the administration of the channel. She left Pakistan because of some security concerned. In 2015, she again started her career by hosting ‘Sitare Ki Subah’ on Hum Sitaray.

Shaista made her acting debut on TV as a model with a famous singer, Faakhir e Alam video song. Shaista showed her unbelievable comic talent in a comedy-drama serial “Kis Din Mera Viyah Howay Ga”. She has portrayed as the role of Sumaira, who is a careful housewife as a lead actor opposite Faysal Qureshi in the ARY Digital Drama Serial “Waada” in 2016. On the next day, she also played as a lead actor in a Geo TV drama serial “Khan” alongside Noman Ijaz, and Atiqa Odho, in 2017. The drama was popular and was a director of Ali Faizan, production of Babar Javed, and written by Syed Atif Alit. The drama tells the story of a Khan who has many spouses at the same time.

The bold lady is the recipient of many awards. She got the City Talent Women Awards in 2006. She also got an honorary award title Dalda Expert mother in 2009.  In 2010, she was awarded Best Anchor of Pakistan.