Shravan is an Indian actor who works in the Bollywood television industry. He mostly appears on the television series and plays supporting and lead roles for which he got much praise from the audience.

He is notable for his stand-out performances. Not only this, but he is such a great model as well as he has been managing his m=both professions brilliantly.

Shravan is not known to many but let us tell you that he is such a talented guy who has command over his acting skills. Besides acting, he has been in the field of modeling and has worked for various reputed modeling agencies and brands.

Throughout his showbiz career, the actor has gained a good response from the viewers. And his fans also acknowledge him for his small wins.

Shravan took start his career as a model with Elite Agency in Mumbai, India. At that time, he was just 19 years old.

He then appeared in Prashant Chhadha’s directorial titled ‘Kuch Meetha Ho Jaye’ wherein he made an appearance alongside Mahima Chaudhary.

After two years, Shravan made an appearance in another project by Chhadha in Aap Kaa Surroor as the sidekick of Himesh Reshammiya. Shravan has since starred in a few TV serials.

During his career life, the model-turned-actor has given a lot of performances for which he got huge acclaim and appreciation from his fans. 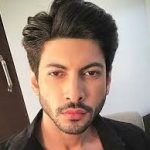