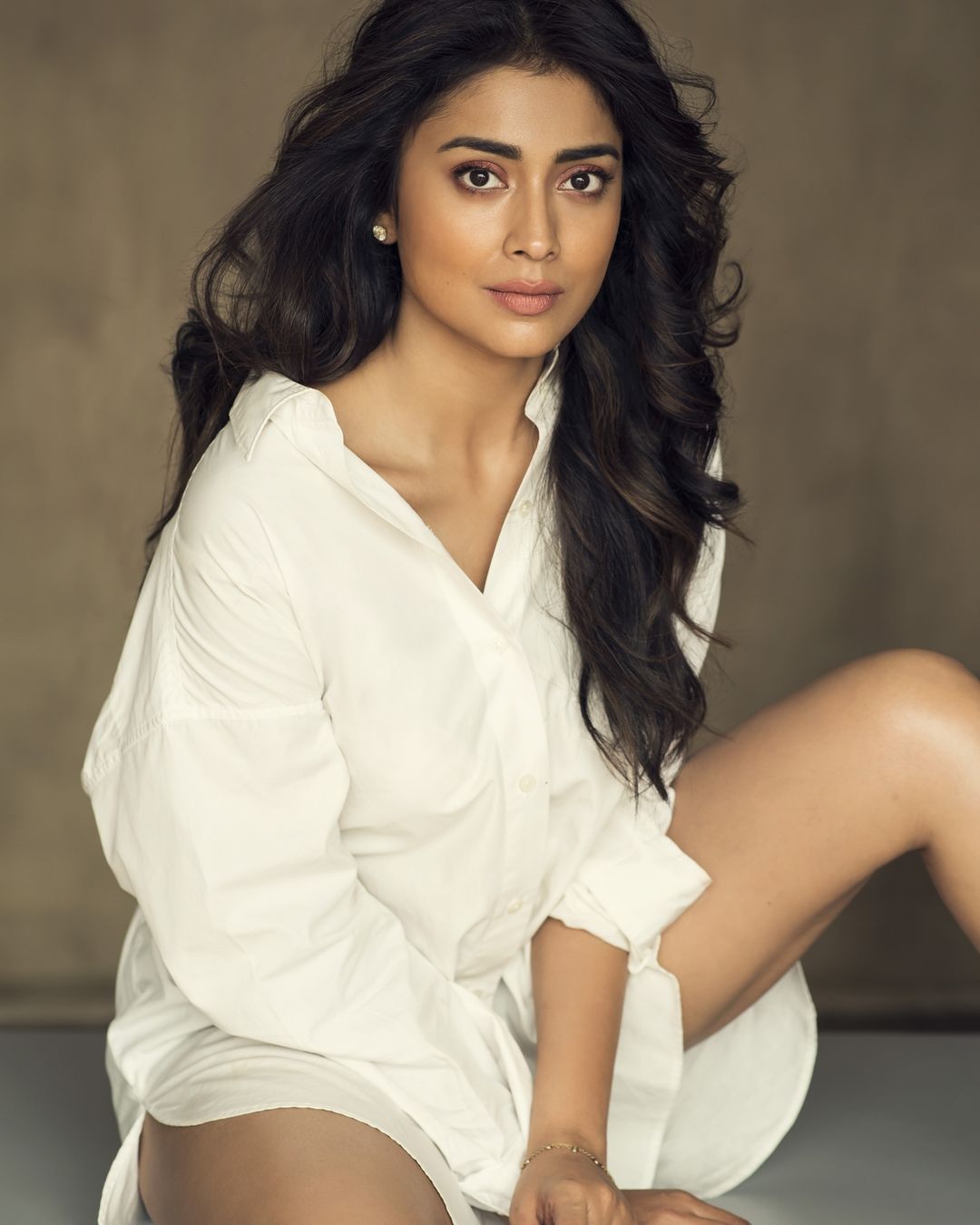 Shriya Saran Bhatnagar, better known as Shriya, is a Telugu, Tamil, and Hindi language actress and model. Saran initially wanted to be a dancer, but became an actress after making her film debut in 2001 with Telugu’s Ishtam, and had her first commercial success with Santhosham (2002). She is one of the most popular and highest-paid actresses in the south cinema industry and has appeared in over 75 films.

Saran is also an ambassador for beauty and health products across India, in addition to her work in films. In addition to volunteering for charity organizations, she has been involved with philanthropic activities.

In 2011, she opened a spa that employed only visually impaired employees. In addition, she served as the brand ambassador for the first two seasons of the Celebrity Cricket League.

Saran appeared in a supporting role in her first Hindi film Tujhe Meri Kasam, starring debutants Ritesh Deshmukh and Genelia D’Souza. As one of the lead female roles in Telugu film Tagore along with Jyothika and Chiranjeevi, she performed at the International Indian Film Academy Awards and the film was a commercial success.

Shriya Saran starred in her Tamil film debut, Enakku 20 Unakku 18, alongside Tarun and Trisha Krishnan, which was also shot in Telugu as Nee Manasu Naaku Telugu, in which she played a football coach. Although she acted in films in three languages that year, eight of her first ten films were in Telugu.

As an award winner, Shriya Saran has won various awards including the South Scope Style Award, TV9 TSR National Award for the year 2015, and many more.