Sohail Sameer decided to complete his studies in Rawalpindi. After that, he took a break from television to complete his degree in bachelor’s in Arts from University to make his dream of acting come true.

He played the comedy role in Suno Chanda, opposite leading roles i.e., Farhan Saeed, Iqra Aziz. The series Suno Chanda was a mega-hit on Hum Tv and received so much love and appreciation in 2018, and the highest ratings, positive reviews, and appreciation from the critics, and won three Lux Style Awards.

Sohail’s good acting skills and good looks quickly give away the fact that he is a model, he has also proven his energy as an actor in a number of productions. Telefilm ‘Thori Si Jagah Chahiye’ on ARY Digital was a hit and was the first role of Sohail.

His performance was in the drama ‘Mujhe Hai Hukm-e-Azan’, which was displayed on Hum TV and got great ratings and positive reviews from the viewers as well as experts. He has also played roles in many drama serials including ‘Lahore Junction’, ‘Kalmoohi’, ‘Aankh Salamat, and ‘Woh Subah Kab Ayegi’. Most of his drama serials are on ARY Digital, Hum TV, and PTV.

He belongs to an ordinary family and joined the showbiz industry, unlike his family. Sohail is the only one who belongs to the industry. He got married to Sophia Ahmad, however, unfortunately, they both got separated due to some reason. Sameer is unmarried and focusing on his work and future now. 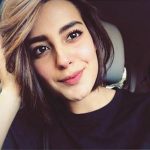