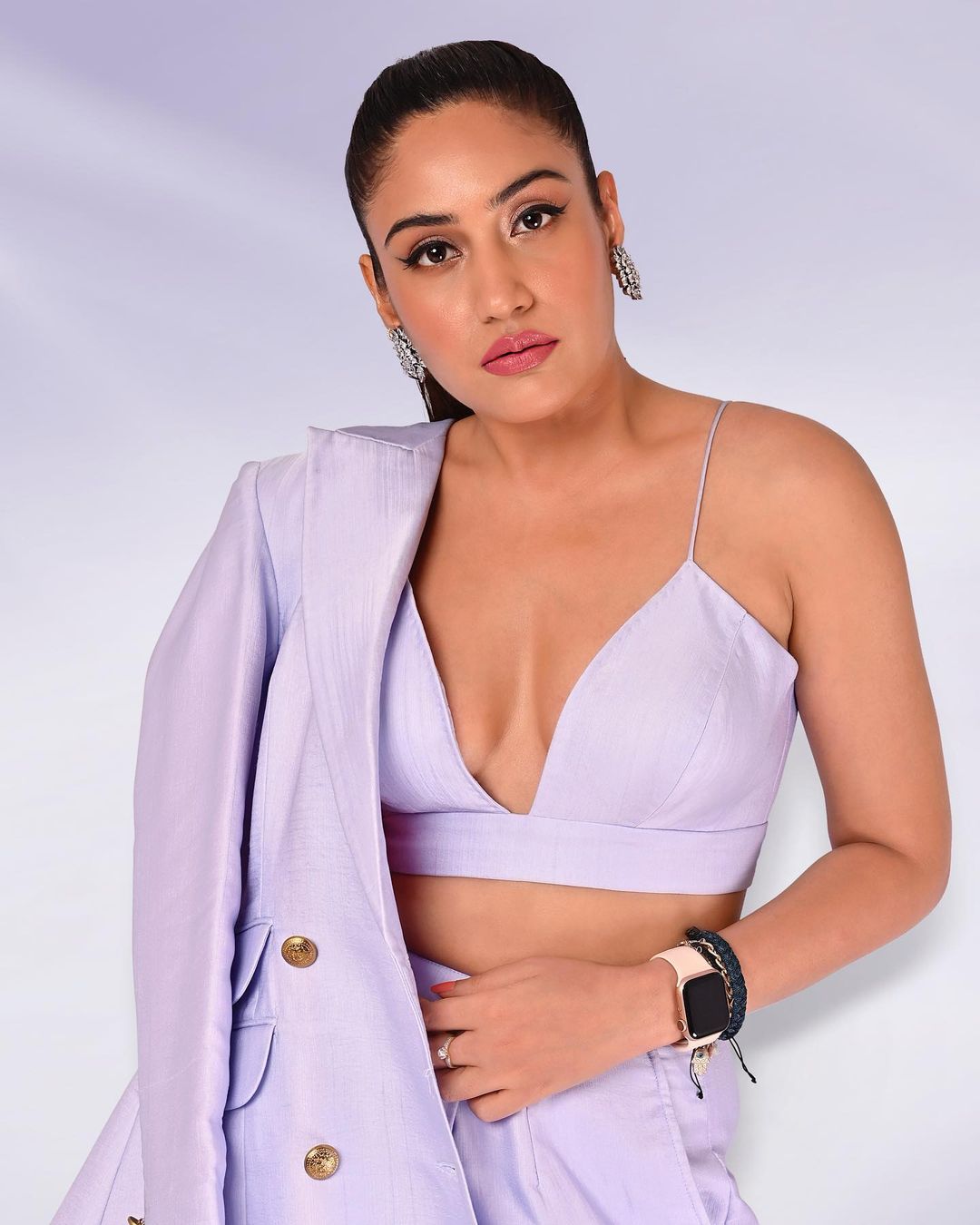 Surbhi Chandna, an Indian actress, known for her role as Annika Oberoi played in the most popular television serial named ‘Ishqbaaz’ which was aired on Star Plus. Also, she is known for playing the role of Dr. Ishani Arora in the serial named ‘Sanjivani’. Among others, she was a part of ‘Naagin 5’ wherein she portrayed the role of Bani Singhania. And it was aired on Colors TV.

In 2009, Surbhi Chandna started off her acting career with the small screen and debuted on television with a cameo role in the most longest-running TV serial titled ‘Taarak Mehta Ka Oolta Chashma’, aired on Sony SAB.

Then she took a break for four years, and later, Surbhi made her comeback with ‘Ek Nanad Ki Khushiyon Ki Chaabi- Meri Bhabhi’ as Suzanne. It was aired on Star Plus.

In 2014, Surbhi Chandna made an appearance as Haya in the romantic drama ‘Qubool Hai’ which was ended in 2015. In the same year, she starred as Aamna Khan in her first Bollywood film ‘Jasoos’ starring Vidya Balan.

From 2016-18, Chandna appeared as Annika Oberoi in ‘Ishqbaaz’ aired on Star Plus. For her performance, she won the award.

From 2019-20, Chandna appeared in ‘Sanjivani’, aired on Star Plus. Meanwhile, she made an appearance in ‘Naagin 5’.

In 2021, she made her debut appearance in a music video was with Sharad Malhotra with Vyrl Originals.