Thomas Edward Patrick Brady Jr. is an American football player who played for the Tampa Bay Buccaneers of the National Football League. Also, he spent his first 20 seasons with the New England Patriots where he was the main contributor to the franchise’s dynasty from 2001 to 2019. He is regarded as the greatest quarterback of all time.

Tom Brady has been a sports enthusiast since a young age as he was so active in sports during his college days. He took part in various sports competitions and emerged as a winner.

From 1995-99, Brady played football at the University of Michigan. For his first two years, he was a backup quarterback. While the future NFL quarterback Brian Griese and teammate led the 1997 Wolverines to an undefeated season.

He is known for his NFL Scouting Combine performance. Among his other traits, he is known for being competitive, dedicated, and ambitious.

Tom Brady has made his extensive career in the field of sports and now he is an inspiration to millions. Even beginners are following him for his outstanding performances. His brilliant performances and dedication led him to win numerous awards and titles.

He is the winner of the NFL- Seven-time Super Bowl Champion (most for any individual player), Five-time Super Bowl MVP (all-time record), Three-time NFL MVP, and many more.

Among innumerable achievements, Tom Brady won the NCCA- 1997 National Champion (Associated Press), 1998 Rose Bowl Champion, 1999 Citrus Bowl Champion, and many others that are prominent on the list. 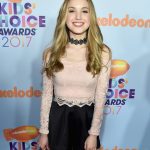