Zayn Marie Khan is an Indian actress who is known for being a niece of the Bollywood superstar Aamir Khan. She is the daughter of Mansoor Khan who is a well-known film producer and film director.

She recently got married. She is mainly known for her role in ‘Mrs. Serial Killer’ which was released in the year 2020. It’s a Netflix series in which she gave a wonderful performance.

Zayn Marie Khan is a part of many hit series and films including ‘Mrs. Serial Killer'(2020). She has been enthralling the larger audience with her great acting skills. Undoubtedly, her performances are truly appreciated by everyone.

Among other acting credits, she was seen in ‘Monica O My Darling’ and ‘Feels Like Ishq’. Both films were released in the year 2021.

She comes from a family of film artists and that’s the reason, she is feeling comfortable in the field of acting and is now putting efforts to get more fame in her career life.

Zayn Marie Khan got much praise from her fans and viewers for performing very well in the Bollywood film named ‘Mrs. Serial Killer’. 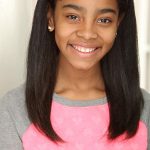