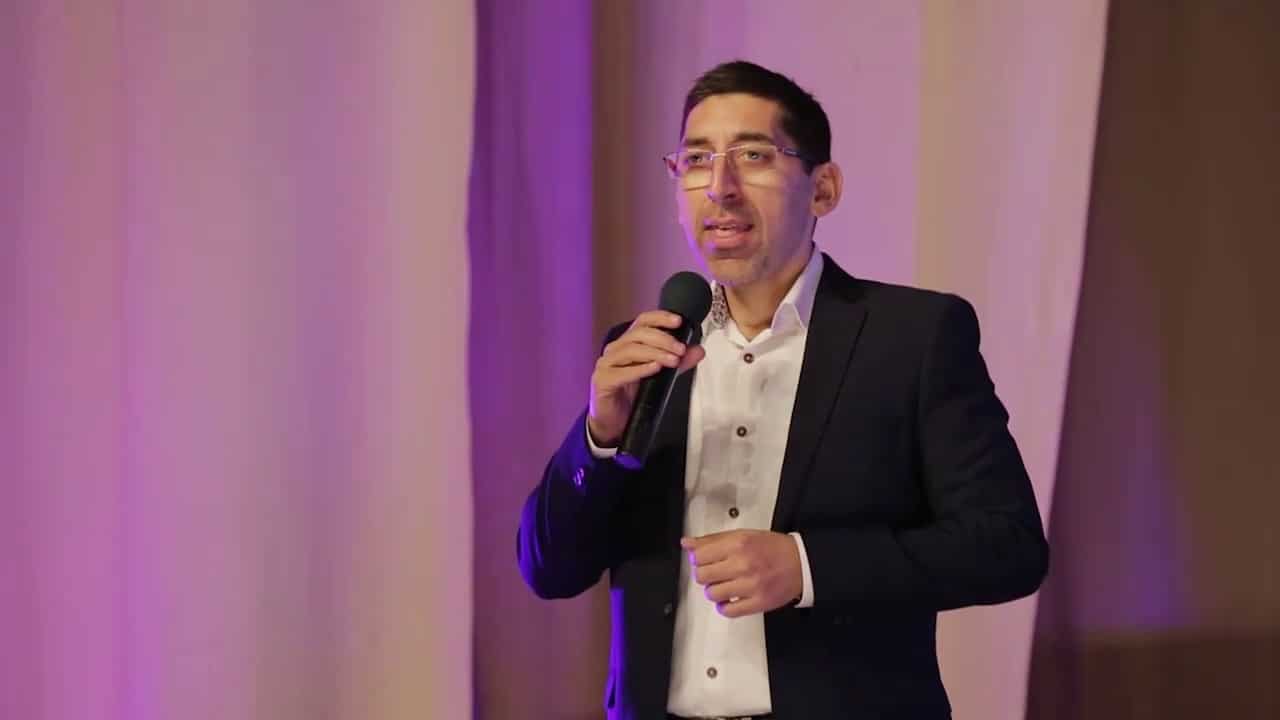 Adeel Hashmi is a multi-talented personality of the Pakistan entertainment industry. He is a very good comedian, TV and film actor social worker, producer, screenwriter, and filmmaker. He was born on 17th July 1973 in Islamabad, Pakistan. He is known for his comical roles. Adeel belongs to a well-known family in Pakistan. First, he got his Master’s degree in Business Management from Imperial College, Landon and then a Masters of Fine Arts degree from the Academy of Art University, San Francisco, U.S.

Adeel’s grandfather was a renowned poet, Faiz Ahmed Faiz whose wife Alys Faiz was a well-known educator. He is the son of a well-known personality, Muneeza Hashmi who is a painter artist, former college professor, anti-nuclear weapons activist, a former caretaker minister in Sethi caretaker ministry and also worked at PTV for many years. His aunt Salima Hashmi is a prominent educational personality known for a campaign supporting nuclear disarmament. His other relative is a retired television actress, Mira Hashmi.

Adeel was started his showbiz career from Pakistan Television, PTV, as it was the only one channel of Pakistan in 1995. He started his career directly as a TV actor, at the same time as a writer and producer of the popular dram show of that time, and made his acting debut in a comedy-drama sitcom show, “Teen Bata Teen”. The drama based on adventures of four young roommates named Faisal Qureshi, Adeel Hashmi, Ali Tahir, and Salman Shahid, where he portrayed the role of Luci. He rose to prominence after his show and is considered as a sleeper success drama of the PTV. This drama was highly inspired by the ARY Digital TV and Adeel played the same role in the ARY Digital’s comedy show “’The Luci and Shuffu Show”. Adeel played a worth admiring performance in another comedy show alongside Faisal Qureshi on the Geo TV, named “Ulta Saeeda’ and ‘Saj Dhaj”.

He has also hosted a kid TV game show “Mera Teacher No. 1” on Wikkid Plus TV channel. The talented man was also performed in a music video of “Dr. Aur Billa”. Besides this, he has also appeared in many TV advertisements with numerous famous brands, such as Coca-Cola, UBL, Amrat Cola, Aids Public Service ads and Trend Mobile. Among this, he is best known for his Ufone series of the comedy ads with Mikaal Zulfiqar
and Mehreen Raheel.

Adeel made his Lollywood debut as a lead actor in the romantic thriller film “Bachaana” starred with Mohib Mirza and Sanam Saeed in 2016. In this film, there is a story of a bubbly Indian girl who is in trouble which is forced by circumstances in which her husband involved. His another romantic comedy film is “Balu Mahi”, starred with Osman Khalid Butt and Ainy Jafferi in 2017. The film starts with Bilal “Balu” who gatecrashing a wedding to prevent it because he mistakenly believes, the bride is his ex-girlfriend, whom he still loves. “The Donkey King” was another his computer-animated comedy film in which he along with Ghulam Mohiuddin and others featured their voice. This animated movie recorded the biggest opening in Pakistan in 2018 for an animated film.

Adeel is considered as one of the best comedians in Pakistan. He is the man with full of potential in several fields of the showbiz industry. He is well-known for this outstanding performance in the famous comedy show of Pakistan “Teen Bata Teen”. Adeel has gathered a huge fan and has a powerful position in the entertainment industry due to his talent, experience and hardworking.