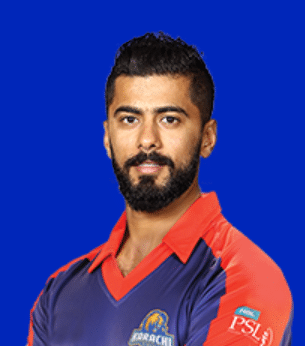 Muhammad Ahsan Ali Khan is best known as Ali Khan. Khan is a Pakistani born American cricketer. He was born on December 13, 1990, in Attock, Punjab, Pakistan. He was the single-player of ICC Americas who never played previously for his national side. Khan was nominated as one of the five breakout stars by International Cricket Council in 2018 of men’s cricket.

He started his career from the List A debut for the composite ICC Americas. He played in the 2015–16 Regional Super50 tournament in January 2016 then again appeared in the next year of the same tournament. The talented cricketer has dismissed Devon Thomas and Aldane Thomas while his debut against Jamaica. I that match, he scored 2/63 from 10 overs. In 2016, he has also represented Guyana Amazon Warriors team and Trinbago Knight Riders team in 2018 in the Caribbean Premier League.

He has represented the United States squad in the 2019 ICC World Cricket League Division Two tournament that was held in Namibia. While the second match of that tournament, Khan scored a five-wicket haul in the List A cricket against Namibia. His five wickets haul is consist of 63 runs from ten overs that let him get the player of the match award. The United States got the One Day International status in this tournament by finishing it at the top four positions. However, Khan’s ODI debut was against Papua New Guinea for the United States, played on 27th April 2019. In that tournament, Khan was the leading wicket-taker by taking 17 dismissals in only 6 matches. In 2019, Khan has also represented Khulna Titans team in the Bangladesh Premier League. Currently, Khan is playing for the Karachi Kings Franchise team in the 2020 auction of the PSL.

Known For: Playing for the composite ICC Americas team in the 2015–16 Regional Super50