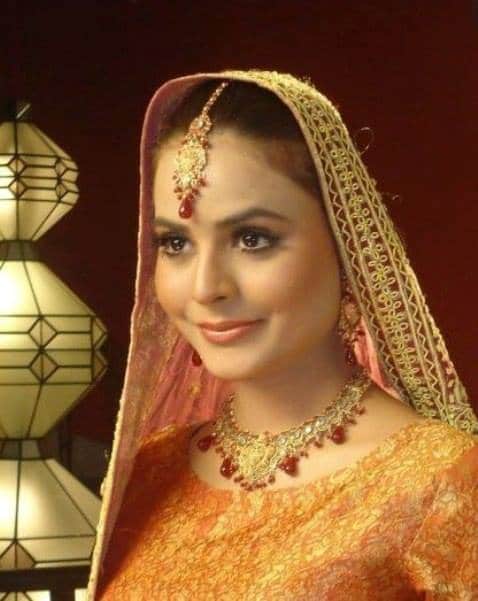 Beenish Chohan also spelled as Beenish Chauhan who is a Pakistani television model turned actress. She was born on 7th February 1986, in the heart of Pakistan, Lahore. She grew in Lahore city and got her education from the same city. Beenish moved to Karachi to pursue her acting career in the show business. She got married in 2015, and now she has a baby boy. She went to do Umrah with her husband and son, last year.

She started her career as a model and worked in TV commercials. She has worked for many top commercial brands of Pakistan. After working as a model for the few years, she stepped to acting with the number of drama serials on the television screen. She played in the drama serial “Thora Sath Chahiye” as a lead role along with Fahad Mustafa. This drama was aired on ARY Digital. Binish has also starred in the Pakistani blockbuster soap dramas and telefilms, like “Dil Diya Dehleez” stirred with Faisal Shah, Hiba Ali, and Sara Chaudhry which was based on the novel of the same name. The drama aired on Hum TV. She made her success on the television screen after this dramas. She got the chance to act the lead character in many Urdu drama serials.

Beenish Chohan next appeared in the huge hit drama serial in the Geo TV where she portrayed the role of the Nargis in the family drama series “Yeh Zindagi Hai” which ran for six long years. This drama was the production of Javeria. She starred in this drama along with Jaweria Saud, Saud Qasmi and Mommal Sheikh.

Her famous drama included “Mera Saaein” which is a 2011 Pakistani Political drama where she plays the role of Zeenat. This drama was aired on ARY Digital and drama main casts are Noman Ijaz, Aamina Sheikh, and Mahnoor Baloch. She was next then its sequel drama “Mera Saaein 2” which is aired in 2012 where she plays the same role as “Mera Saaein” alongside Fahad Mustafa, Aiza Khan, Aamina Sheikh, and Mahnoor Baloch.

Next, she appeared in the Geo TV Pakistani drama serial “Deemak” in 2014 which was directed by Mohsin Mirza. She portrayed with Sami Khan, and Zhalay Sarhadi, this drama describes the issues of consanguineous marriages.

Beenish is a well-known Pakistani actress and has earned the colossal distinction in the Pakistan Show business due to her ability to do diligent acting, good acting skills and furthermore magnificence. However, she has not appeared on the screen for a few years but she is very celebrated for her naturalistic acting by her fans. Additionally, she also the winner of the Lux Style Award for Best Actress for her performance in the drama serial Pehli Boondh. She was also nominated for Lux Style Awards for Satellite Best TV Actress.