Dev Singh Gill, popularly known as Dev Gill who is not just an actor and a model, yet a successful entrepreneur. He has been working in the South Indian cinema and has appeared in a variety of movies for which he got much recognition. He was born in Pune, India and famous for his roles played in the movies including “Shaheed-e-Azam”, “Ragada”, “Prema Kavali” and others are prominent. Mostly, he plays negative roles and his fans praised him for his villain acting skills, and many viewers loved him for his antagonist performances.

In 2004, Dev Singh Gill took the start of his career and played multiple roles in various South Indian and Telugu movies. He has worked in “Prema Kavali”, “Ragada”, “Shaheed-e-Azam”, “Bhaag Milka Bhaag” and others that are worth watching. Earlier, he appeared in the movie “Magadheera” for which he gained a huge appreciation and after watching this movie, one of the famed directors Rakesh Omprakash approached him to act in his movie “Bhaag Milka Bhaag” in which he appeared as a villain. While one of his interviews, Dev Gill revealed that he has learned a lot from his ideal actor, Rajinikanth and he inspired him. However, he has acted in a large number of movies, and undoubtedly, his performances are a delight to watch. He has been making waves in the film industry and enthralling millions of viewers. The constant success will surely help him to reach the peak of glory. However, he is the person who rose into fame after appearing in the debut movie “Shaheed-e-Azam” which was directed by Sukumar Nair. Since then, he gained recognition and got various acting gigs. Moreover, for gaining more experience, he also worked alongside Ron Sladczyk, Sonu Sood, Raj Zutshi, and others. In 2005, he appeared in another blockbuster movie named “Mr. Prime Minister”. Likewise, he also worked alongside veteran actors including Boman Irani, Tara Sharma, Dev Anand, Prem Chopra, and other big names are on the list. Meanwhile, he got several acting opportunities to work alongside other popular stars like; Mamta Mohandas, Manchu Vishnu, and others.

Among various prestigious achievements, Dev Gill gained huge fame and much recognition for giving amazing performances during his career life, and still, he hopes to touch the sky. 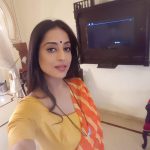