Gouri Kishan is a most talented actress who is working in the South Indian Film Industry and has acted in many movies. She was born on 17th August 1998, hailing from Kochi, Kerala, India. She is the daughter of Geeth Kishan and Veena Kishan and has a brother named Govind Kishan. She studied from the Hindu Higher Secondary School and later joined Sri Sankara Senior Secondary School. She is a multilingual person and can speak various languages including Tamil, English, Malayalam, and Kannada. In 2018, she made a debut movie “96” which was directed by C.Prem Kumar. While it features Vijay Sethupathi &Trishna Krishnan as lead actors.

In 2018, Gouri Kishan is the emerging actress who took the start of her professional career with a South Indian movie “96” which was directed by C. Prem Kumar. While it features Vijay Sethupathi and Trishna Krishnan as lead actors. Since then, she frequently appeared in various film projects. In 2019, she made a Mollywood debut movie “Anugraheethan Anthony” which was directed by Prince Joy & Deepu Mathew. In this film, she has worked alongside Sunny Wayne. While the music was composed by Arun Muraleedharan. As she is a new actress who has just started her career one year back and hoping to see herself as an established actress in the future. She is one of the most talented girls who has won the award for her debut movie. Undoubtedly, she has proved herself the best actress as she gave a brilliant performance in the movie.

Gouri Kishan was honored with the award of the Best Debut Actor (Female) in the year 2018 for the debut movie “96” from Behindwood. 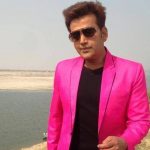 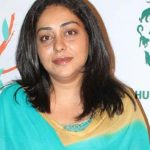 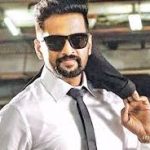