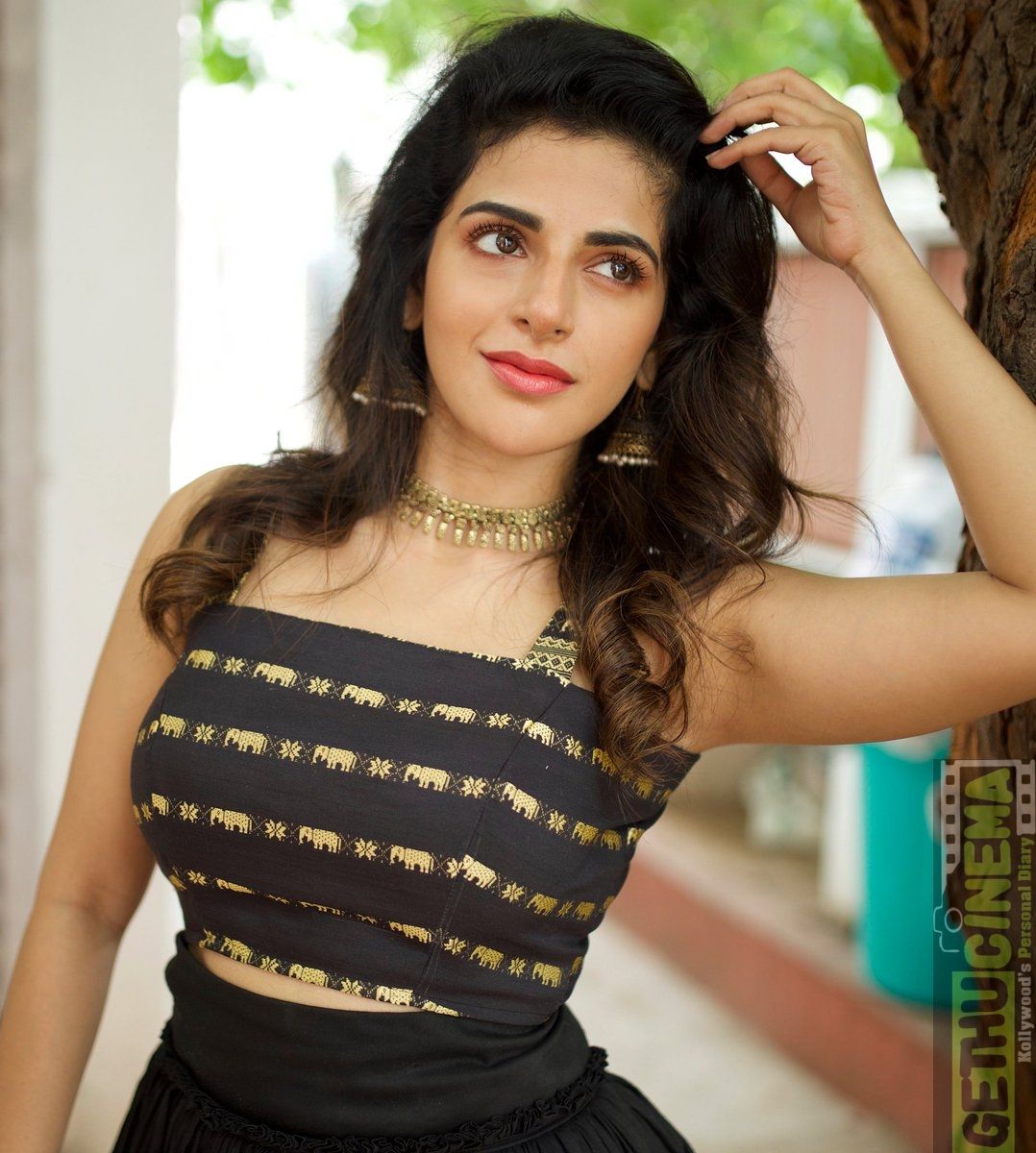 Iswarya Menon is an Indian film actress who mainly works in Malayalam, Kannada, and Tamil cinema and marked her identity by giving stellar performances during her film career. She has the ability to steal the hearts of many with not just her appealing looks, yet an amazing acting prowess. Her fans sing the praise for the breath-taking performances she has given in the movies.

She was born on 8th May 1992, Kerala, India where she raised and grew up along with siblings and parents. She studied there and completed her higher secondary education from Vellalar School. Later, she did B.Tech from SRM Univesity, Chennai, India.

Iswarya Menon made her Tamil debut movie named “Kadhalil Sodhappuvadhu Yeppadi. Also, her first major film project in Kannada cinema was “Dasavala” in which she played the role of Akshara. While the film was directed by M.S Ramesh.

She appeared in several movies like; Tamil movie “Apple Penne” which was based on a mother-daughter relationship.

While she next worked in Kannada movie which was a horror-comedy named “Namo Bhoothatma”.

She made a Malayalam film debut “Monsoon Mangoes” in which she worked alongside Fahadh Faasil. In the movie, she played the role of a practical and young, independent woman.

Later, she appeared in CS “Tamizh Padam 2” which was directed by Amudhaan.

Apart from film career, she made her career on television and made a debut with “Thendral” in 2012.

However, the young, Indian beauty managed to win the hearts of her fans with her amazing style, versatility, and best performances.

Iswarya Menon is fully satisfied with her success and recognition earned in life and she calls it the major achievement of life.