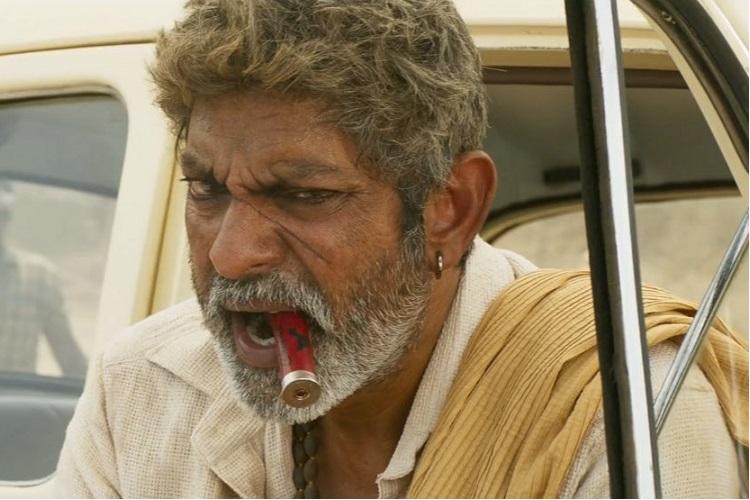 Jagapati Babu is a renowned Indian movie actor, voice artist, television presenter as well as a dubbing artist who is predominantly recognized for his work in Tamil, Telugu, Malayalam, Kannada and Bollywood movies. He was born in Machilipatnam, Andhra Pradesh, India on 12th February, 1962.

Jagapati Babu is a famous Indian movie actor who has been primarily appears in Telugu movies. He has also acted in a number of Tamil, Malayalam and Kannada movies. In the year 1989, he initiated his filmy career with a Telugu movie titled ‘Simha Swapnam’ was produced by his father and directed by V. Madhusudhan Rao. In the year 1974, Jagapati Babu had also worked as a child star in ‘Manchi Manushulu’. He starred in a number of projects like Chinnari Muddula Papa, Adavilo Abhimanyudu, Sahasam, Pandirimancham and Asadhyulu prior his first critically and commercially megahit blockbuster movie Peddarikam. It was Ram Gopal Varma’s movie “Gaayam” that provided him a major breakthrough in the year 1993.

Jagapati Babu gained eminence and was capable of appealing huge audience with his 1994’s megahit blockbuster movie titled ‘Subha Lagnam’. The movie titled Maavichiguru added another big hit to his career. After that, Subhakankshalu, Antahpuram and Pelli Pandiri gave him utmost success. Jagapati’s role in thrilling movie titled Manoharam Was massively admired by the viewers. His upcoming projects Kabaddi Kabaddi, Anukokunda Oka Roj, Athade Oka Sainyam and Pedababu were the big hits all through the years 2003, 2005 and 2007 movie titled ‘Lakshyam ‘ provided him immense fame as an associate actor.

Jagapati Babu made his debut in Tamil cinema with a movie titled ‘Madrasi’. He afterwards starred in another Tamil film titled ‘Thaandavam’ wherein he portrayed the role of an antagonist. His following movie titled ‘Jai Bolo Telangana’ also brought him an enormous success. In the year 2012, Jagapati made his Kannada cinema debut with a movie titled ‘Bachchan’. He portrayed the role of a cop and renowned actor Sudeep was in a leading role. In 2013, he once again made a comeback to Tamil cinema with the movie titled Puthagam. Jagapati Babu has portrayed different type of roles, comprising off villain, father figure, antagonist etc. He was noted as a villain in Rajinikanth starrer ‘Lingaa’ and afterwards in ‘Legend’ as an antagonist. Current Theega, Ra Ra… Krishnayya, Nannaku Prematho, O Manishi Katha and Kaththi Sandai are some of his movies. In the year 2017, he starred in movies like Jaya Janaki Nayaka, Patel S. I. R., Hello and Oxygen. His forthcoming projects involve Odiyan, Aadhi, Uppi Rupee, Sye Raa Narasimha Reddy and Rangasthalam.

Jagapati Babu was born to veteran film director V. B. Rajendra Prasad. He also has a brother named Ram Prasad. He tied the knot with Lakshmi. Jagapati’s name was also allied with famous actresses Priyamani and Soundarya, though he repudiated all the rumors. The couple was blessed with a daughter named Meghana.