Among others, she is known for her performance in ‘Bard of Blood’ in 2019, ‘Omerta’ in 2017, starring Rajkummar Rao, Rajesh Tailang, Satwant Kaur, and others.

However, the actress, Kallirroi Tziafeta has built her strong identity in the Bollywood film industry and came under the spotlight after performing in ‘The Empire’.

Kallirroi Tziafeta has been a part of a variety of movies wherein she gave fantabulous performances. And the best is, she has won the hearts of many with her extraordinary looks and performances. 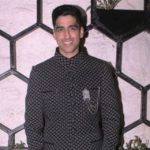