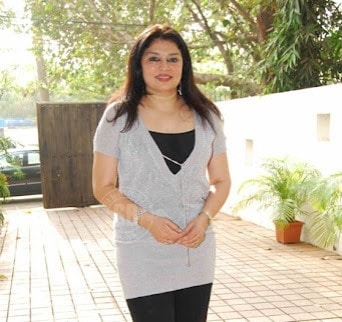 Kiran Juneja is an Indian actress who has been working in the Hindi cinema and the television industry. She is mainly known for being the second wife of the renowned film director Ramesh Sippy. She is from the Punjabi Bagh area of New Delhi, India, and her father was served as a doctor, but she had a deep interest in acting so she pursued a career in the field of acting.

Kiran Juneja took the start of her acting career with the big screen and made her acting debut by signing an Indo-Italian co-production film titled ‘Shaheen’ which was released in the year 1984. In the film, she played a lead role.

Later, Juneja made an appearance in a serial named ‘Paying Guest’ for Rajshree films. Also, she acted alongside Shekhar Suman in the film named ‘Wah Janaab’.

Among other credits, she is notable for appearing in several TV serials including ‘Yeh Jo Hai Zindagi’, ‘Kismat’, ‘Junoon’, ‘Siddhi, ‘Banjara Guest House’, ‘Mouth Full of Sky’, and many more that are worth sharing.

However, there are many acting credits including films and television serials for which she has been getting fame and recognition in her career life.

Among many fantabulous roles, Kiran Juneja is better known for her role of Ganga in ‘Mahabharat’ and Verrawali in ‘Buniyaad’. For her performances, she got much appreciation from the viewers.