Madiha Shah is a well-known Pakistani TV and film actress. She worked in movies during the 80s to 90s. While her skills are not limited to just acting, yet she is incredibly a great stage performer and dancer. She has played roles in various popular TV serials i.e., Nange Paoon, Nagina and many others. However, she gained huge fame and popularity for the roles played in hit TV serials.

Initially, Madiha Shah worked as a model and has done various modeling assignments for notable brands and products. Later, one of her friends introduced her to the TV industry and helped to get acting gigs. First, Madiha Shah was appeared in the Punjabi play and made her acting debut with “Hari Bhari Chaaon” which was aired on Lahore TV.

In the year 1989, she worked in the serial “Sooraj Ke Saath Saath” which was directed by Rashid Dar. The serial was about a physically disabled girl. However, since then, she frequently appeared in a variety of TV serials for which she gained huge acclaim. After some time, she tried her luck in the movies and appeared in a debut movie “Nagina” in which she worked alongside Shaan Shahid. While it was directed by Altaf Hussain which was his debut directorial. Also, she established her career in theatre dramas and did plays including “Janam Janam Ki Meli Chadar”, and others are notable. Apart from this, she has also worked as a dancer. In 2009, she performed a minor role in the movie “Majajan” which was directed by Syed Noor.

In 2015, she turned her interest in fashion designing.  After a constant struggle, she held a Fashion exhibition in Karachi in the same year. One of her interviews, Madiha Shah revealed that her parents were against her decision of pursuing acting as a career.

Madiha Shah got married to Syed Wajid Ali Shah. The couple had lived for ten years together but when things didn’t go well, they got divorced. In 2014, she then married to Javed Iqbal. 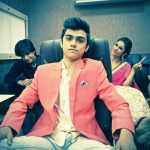