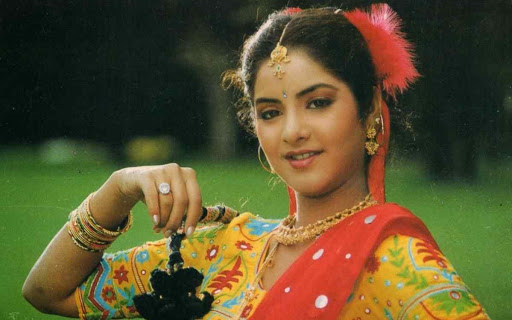 Divya Bharti, (late) an Indian actress who was popular during the 90s, and known for her best roles in films including ‘Deewana’,’ Dil Aashna Hai’, ‘Dil Ka Kya Kasoor’, and many others for which she got appreciated a lot by everyone including her die-hard fans. At the age of 19, the pretty awesome lady proved herself the best actress with her impeccable acting skills. She was at the peak of her career but she lost her life in 1993 due to falling off the balcony of her fifth floor. She was a resident of Mumbai and lived in the apartment. Well, there is a number of assumptions regarding her death as some people assumed that it was a murder while others assumed that it was a suicidal attempt. Nobody knows the truth. However, there is still something missing that many of us don’t know about her. So, let us have a look!

The actress, Divya Bharti rose to fame during the 90s after portraying the role of Kajal in the most-watched Bollywood film titled ‘Deewana’ in which she shared the screen space alongside Shahrukh Khan and Rishi Kapoor (late).

Divya Bharti started getting film offers at the age of 14. However, she got the first chance to play the role in the Telugu film titled ‘Bobblili’ which was released in the year 1990. The film became an instant superhit and also dubbed in Hindi as well.

Divya Bharti worked alongside Sunny Deol in her debut film titled ‘Vishvatma’ starring Chunky Panday, Gulshan Grover, and many others who played pivotal roles. While the film was released in the year 1992.

Divya Bharti was honored with the Filmfare Award for the category of Best Female Debut for the film titled ‘Deewana’ in which she acted alongside Shahrukh Khan and Rishi Kapoor. Undoubtedly, she gave brilliant performances in her short period of time and gave 14 movies in two years of her career.

Divya Bharti met Nadiawala on the sets of the film ‘Shola Aur Shabnam’ through Govinda, her co-star. The couple fell in love with each other and got married in 1992 in a private ceremony. Even the actress converted her religion into Islam after the marriage and changed her name to Sana.

Divya Bharti did a bold photoshoot for the purpose of breaking stereotypes and she revealed that her husband convinced her to do so for the magazine cover.

Divya Bharti gave remarkable performances in her last movies including ‘Kshatriya’ and unfortunately, she passed away just after the week of the release of the film. While ‘Rang’ and Shatranj’ released in 1993.

A few years back, a biopic was being made on Bharti’s life and her mysterious death. The film script ‘Dream’ was finalized and was in the production phase. But due to some reasons, the film project got shelved.