Jay Alvarrez is a model and an influencer on social media of Hawaii. His Nationality is American. He was born on the 5th of July, in the year 1995, in a city of Hawaii called Oahu. The model started his career from Tumblr, and then soon enough he shifted to YouTube and Instagram. Jay originally earned attention from the audience for posting videos and photos with Alexis Ren, who was his girlfriend and also a popular model of Instagram. Heretofore, all thanks to the fame he got from social media, he started getting the jobs of modeling for the Hyundai Tucson, Calvin Klein, and Express, etc. In the year 2017, Jay Alvarrez also evolved as the face of Bonds swimwear. Alvarrez is also a producer of music and has worked for the song Carry Me which was by Kygo. The fascination of photography was there in Jay since his early childhood days. In school, he got infatuated with a girl whose name is known to be Amber. In the seventh grade, they left their school because both were assured they can make money with their creativeness. He left his home at the age of 15, to fully pursue his dreams. To fulfill and spend on his passion, Jay took every little job opportunity he could get and saved up money. 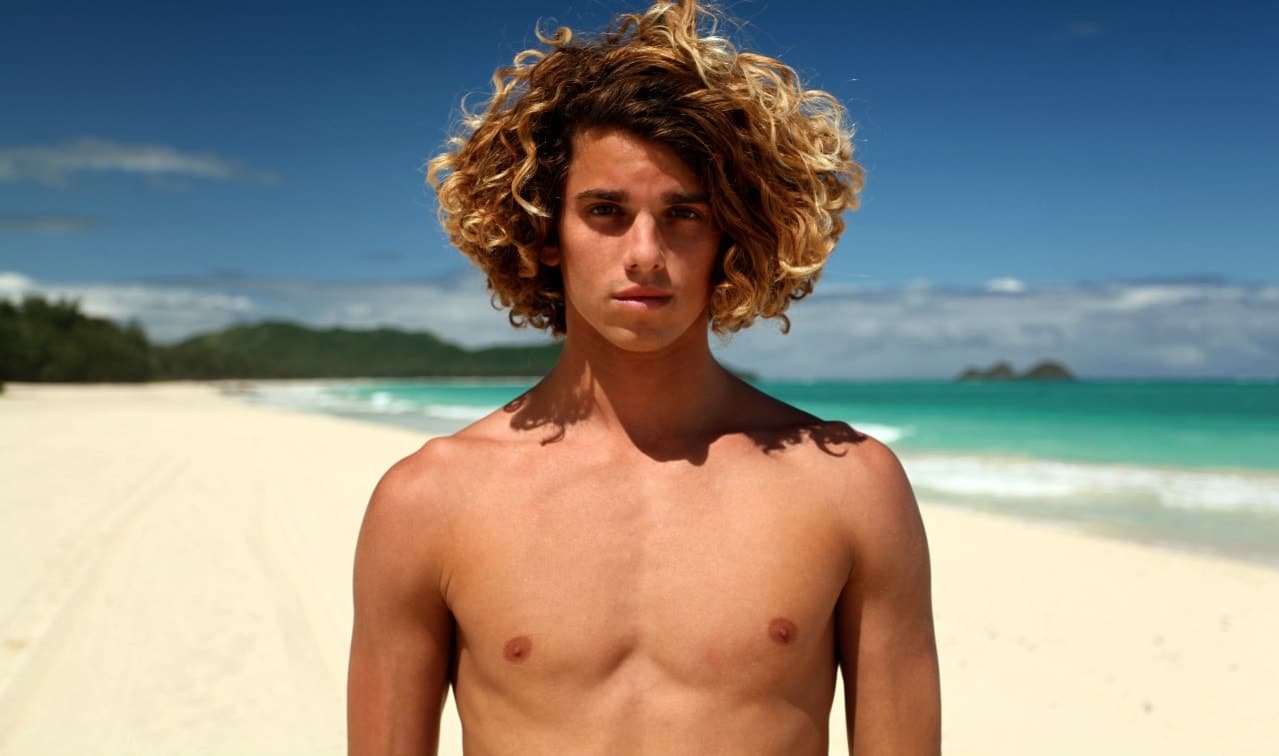 The hot model has a perfect mesomorph type of body. He is tall with a height of 6 feet and 0 inches while his weight is 75 kilograms. He is not fat neither slim with a perfect amount of biceps and a hot body which he has got with all the gymnastics because he is a fitness freak and does gymnastics every single day.

The young YouTuber is very fit, hot, and has a dashing personality. He has tattoos that give a perfectly bad boy kind of vibes. He has eyes of different colors. His one eye is of hazel color while the other eye is of blue color. His hair is of light brown color and overall his personality is very attractive.

Jay is not graduated and has not finished his studies. He dropped out of school when he was in grade 7 and since then he is trying to make his career and following his heart and passion. He makes us truly believe in the saying, the degree is just a piece of paper.

Talented Model Jay Alvarrez is currently single and unmarried. He has been in relationships since the age of 12. He was firstly in a relationship with his schoolmate Amber bit we don’t know when they broke up. Then he dated Chase Miller for some years and his latest relationship was with Alexis Ren and sadly they also broke up in the year 2016.

Alvarrez has always been passionate and adventurous. He loves doing everything risky and everything fun like Swimming, Making Videos, Surfing, Skydiving, and Photography. He loves traveling and captures every little moment in the form of pictures or videos.

His favorite Actors and Actresses are Margot Robbie, Johnny Depp, Amanda Seyfried, Dwayne Johnson, Vin Diesel, and Kristen Stewart. His Jay loves to eat anything and everything but his most favorites are Sushi, Oxtail soup, Pizza and Nasi uduk. His favorite destinations As we all know Jay Alvarrez loves to travel everywhere in the world but some of his favorite destinations are Bali, Saudi Arabia, Brazil, the Philippines, and Thailand. His favorite colors are Blue and Black are his favorite colors. His favorite TV Shows are The model watches TV series in his free time. His current favorites are 13 Reasons Why, Stranger Things, The Big Bang Theory, Narcos, and The Good Place.

Jay Alvarrez was in a relationship with Alexis Ren for 2 years (2014-2016). They did not make anything public about their breakup but in the year 2017, Alexis accused the model of leaving her because she was not good for his business anymore. She further body-shamed him and publically insulted him for his private parts which then resulted in him finally responding and refuting her stupid claims. He said that Alexis needs to be a bigger person rather than being bitter and we totally agree with Jay here.

As an Influencer and as a job Jay Alvarrez is very much active on social media platforms. He posts a lot about his professional as well as personal life mainly on YouTube and Instagram. He has a lot of fans and has 6.6 Million followers on Instagram currently while he has 1.26 Million subscribers on YouTube. His Instagram handle Is easily found as @jayalvarrez and his YouTube channel name is also simply Jay Alvarrez.