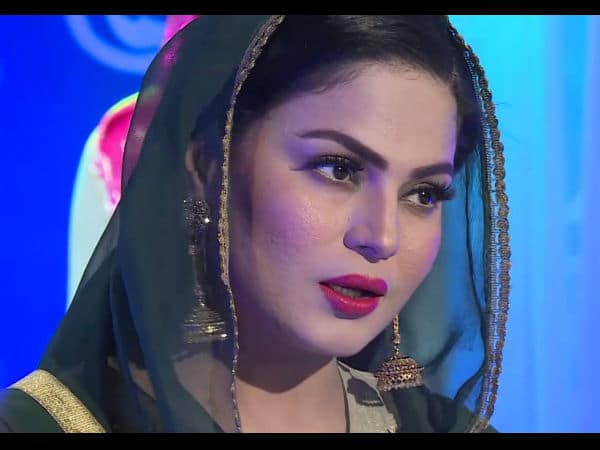 Zahida Malik, popularly known as Veena Malik, is a Pakistani famed actress who works in Pakistani and Indian films. Alongside, she has established her career in the field of television where she appeared as a television host. Apart from this, she took part in the Indian reality television show named ‘Bigg Boss’ hosted by Salman Khan. In 2000, the actress made her film debut through ‘Tere Pyar Mein’ which was directed by Sajjad Gul. Among many hit movies, she acted in ‘Yeh Dil Apka Hua’ alongside Sana Fakhar, Muammar Rana, and others. Despite many controversies, she has made her prolific career and became famous for her work. However, here is the chance to know more about her, So, let us have a look!

Veena Malik is an active lady who loves to work and also loves spending quality time with her friends. Even she also loves attending social gatherings as well. Apart from this, she loves watching movies in her leisure time.

Being a food fusion, the actress loves eating Barrah Kebab, Keema, and Fish Curry. But, when it comes to her favorite, she never forgets to appreciate the taste of Pakistani desi food items.

The actress is huge of the Bollywood superstar, Salman Khan who is popular for his amazing acting talent and his dedication to his profession. Also, he is known for his generous and kind nature. While among female stars, she admires Madhuri Dixit Nene.

She is a movie lover and loves watching movies in her free time, but when it comes to her favorite films, she can’t stop praising the entire cast of the Bollywood film titled ‘Hum Dil De Chuke Sanam’ and Maine Pyar Kiya’ which was a debut film of Salman Khan.

Veena Malik loves listening to music and adores her most favorite singers including Mehdi Hassan as she loves his ghazals. Among others, she adores Nusrat Fateh Ali Khan (late) and Ghulam Ali for their melodious voice and singing style.

Veena Malik’s favorite color is Black and mostly, she wears Black. While among her favorite destinations, she prefers to go to Dubai as she believes that Dubai is good for shopping.

Before fame, a well-known actress, Veena Malik used to work as a comedian for many television shows, and later, she developed her interest in acting and put effort to become an actress.

Many of us don’t know that the famed star, Malik also worked at WHO (World Health Organization) for two years. This is incredibly amazing that how she manages her work and profession together in a balanced way.