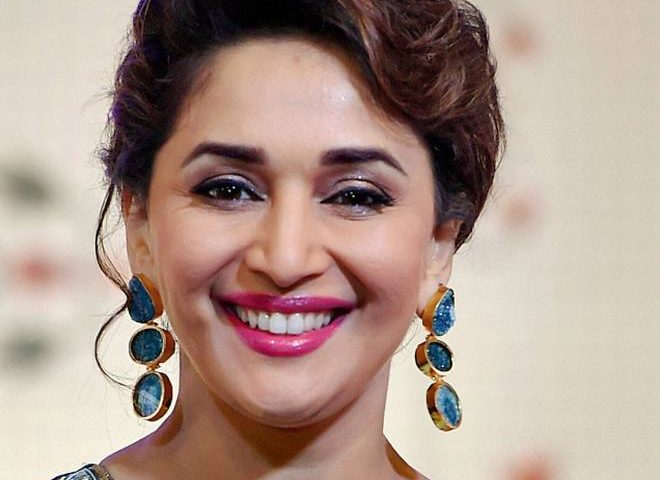 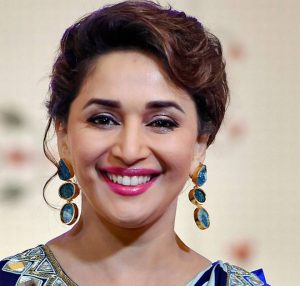 Madhuri Dixit is a legendary Indian actress who is mainly recognized for her remarkable work in Indian movies. She made trillions of people go crazy over her dancing skills and acting. This renowned Bollywood actress was born in Mumbai, India on 15th May 1967. She has emerged as one of the most reigning superstar of Bollywood from 1980s, 1990s and 2000s.

Madhuri Dixit is the younger daughter of Shankar Dixit and Snehalata. She earned her graduation degree from Parle College of Mumbai after finishing her schooling from Divine Child School. A much-admired Kathak dancer, she initiated to learn this dance form at 3 years of age of and received a number of awards for her dance in her earlier days.

Madhuri Dixit made her first Bollywood debut with the movie titled Abodh though right after the launch of her movie Tezaab, she never seen back. Even though she was a renowned model in India prior arising in Bollywood film industry, it took her more than 8 years to get a viable breakthrough in the movie titled Tezaab for which she was bestowed with Filmfare award. Her song titled “Ek do teen” from this movie was a smash hit and still reflected as the classic ones. After that, this beautiful lady was bestowed with Filmfare Awards for her outstanding acting abilities in a number of megahit films like Beta, Dil, Dil To Pagal Hai and Hum Aapke Hain Kaun. Up to now, she has received four awards for Best Actress, one for Best Supporting Actress, six Filmfare Awards and one special award for her influence towards Bollywood film industry.

In the year 1999, Madhuri Dixit married to an Indo-American surgeon named Dr. Sriram Madhav and moved to Denver in United States. The couple was blessed with two sons named Ryan and Arin.

In the year 2000, a renowned Indian painter named M.F Hussain produced a movie titled Gaja Gamini as a compliment to this gorgeous lady. In the year 2001, she was bestowed with National Citizens Award. Madhuri Dixit has also earned Zee Cine Awards and Star Screen Awards. In the year 2002, she portrayed the role of Chandramukhi in the megahit movie titled Devdas.

In the year 2008, Madhuri Dixit was also bestowed with Padma Shri award by the Indian Government. She has also starred as a judge in dancing reality show titled Jhalak Dikhla Jaa.

Known For: Famous for starring in Dil To Pagal Hai movie