Kalki Koechlin is the only Bollywood film actress who has her origin of France. Her mother is from France while father is an Indian. As both of her Mom and Dad were the devotees of Sri Aurobindo, she settled in an India village named Kallatty adjacent to a hill station of Tamil Nadu. Her forefather was Maurice Koechlin a well-known structural engineer who developed the renowned landmark of Paris was named Eiffel Tower, whereas her father used to create hangs fligers as well as micro-light aircrafts.

Kalki Koechlin was born in Pondicherry, India on 10th January, 1984. She went to Hebron School and enrolled for university of London where she studied drama and theater at a well-known institute named Goldsmith. Talking about personal life of Kalki Koechlin, she is married to a famous filmmaker Anurag Kashyap in the year 2011 though afterward in 2013; both of them get separated on account of some personal issues.

When Kalki Koechlin returned to India, she settled in Mumbai with the intention of pursuing her career in acting and soon she was seen in taking up a few modeling projects as well as some Ad commercials. After that, Kalki was spotted by film director Anurag Kashyap who nominated her for the movie “Dev D” alongside Abhay Deol playing the role of a prostitute. Kalki Koechlin’s acting was much-admired giving her even a Filmfare Award for the best supporting actress of 2010. She afterward got a number of Bollywood movies including Zindagi Na Milegi Dobara, Shaitan, My Friend Pinto Maggie, That Girl in Yellow Boots, Shanghai, Trishna, Yeh Jawaani Hai Deewani, Ek Thi Daayan etc. Her most recent movies include Margarita with a Straw, Happy Ending, Severing Ties and Jiah aur Jiah.

Besides appearing in a number of movies, Kalki Koechlin is also recognized for her adoration for theatres. She has written and performed in numerous theater plays across India. One of the most recent theater plays comprise off the one titled Colour Blind, which she produced in consort with acting in it. The other theater plays include Hair, Trivial Disasters and The Real Inspector Hound, whereas her most popular play Skeleton Woman has even supported her in winning MetroPlus Playwright Award for the year 2009. As much as awards are concerned, Kalki Koechlin has received several awards including IIFA, Stardust, Filmfare and numerous others.

Known For: Margarita with a Straw 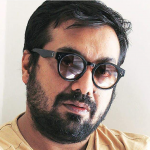 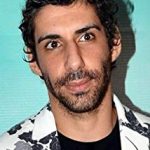 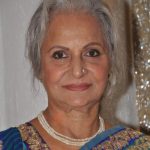 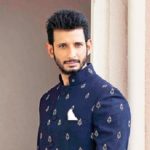