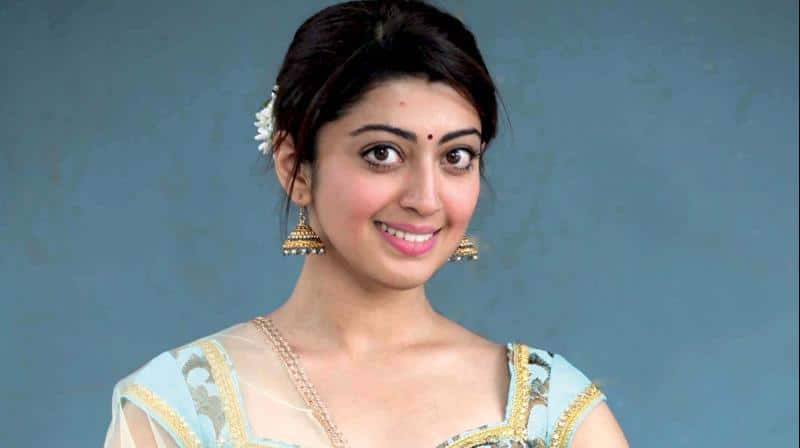 Pranitha Subhash is a highly talented Indian movie actress, entrepreneur and model who predominantly recognized for her work in Telugu, Kannada and Tamil movies. She was born in Bengaluru, Karnataka, India on 17th October, 1992.

In the year 2012, Pranitha Subhash was featured for a Tamil movie titled Saguni alongside Karthi, the movie was released in Telugu version too. In spite of this movie, emerged as the biggest hit of the year and broadcasted on more than 1150 screens on a universal map. In the following year, Pranitha Subhash was appeared in a Kannada movie titled Bheema Theeradalli alongside Duniya Vijay, which is a factual story of Naxalite. Pranitha’s character as Bheemavva was extremely commended by the critics. For that movie, Pranitha also won the nominee for the Best Actress at Kannada Filmfare Awards.

After the film Saguni, Pranitha Subhash signed for a number of Kannada movies those were released in the distance of two year she starred in Mr. 420, Snehitaru and Whistle which is the megahit blockbuster movie for her. Moreover, her name got selected in the list of Best Actresses at SIIMA Award. In 2013, Pranitha Subhash starred in a Telugu movie titled “Attarintiki Daredi” which is her first critically and commercially megahit movie and had a total earning of 100 crores internationally. Moreover, this movie emerged the biggest earner Telugu movie that entered in the club of 100 crores.  In the year 2015, Pranitha was signed for another Tamil movie titled Masss in the role of Anuradha, she once again generated her magic on mega screen by way of her remarkable acting and for this; she was bestowed with Edison Award for the Best Actress which was an enormous motivation for a beginner. In the following time, she starred in numerous Telugu, Kannada and Tamil, movies such as A 2nd Hand Lover, Dynamite, Jaggu Dada and Brahmotsavam in which she portrayed the cameo role.

Pranitha Subhash was born to Jayashri and Subhash. Both of them are medical professionals and run their own sanatorium in Bangalore.

Net Worth: $2 million US dollars