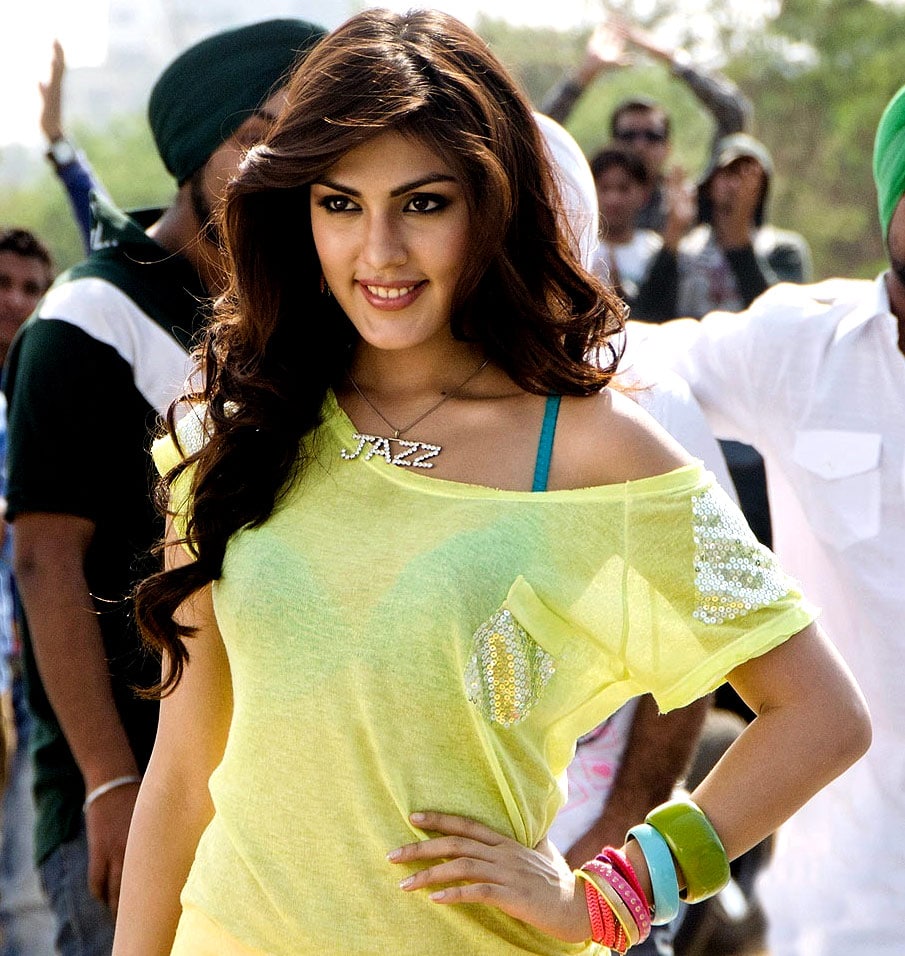 Rhea Chakraborty is a well-known Indian model and actress. She has been a part of both Bollywood films and South Indian films. She initiated her career as a VJ on MTV and hosted numerous shows of MTV, comprising of TicTac College Beat, Pepsi MTV Wassup and MTV Gone in 60 Seconds. Rhea Chakraborty rose to fame after her megahit movie Mere Dad Ki Maruti. She is commonly recognized for her Punjabi accent, sweet smile and confidence. In the year 2014, Rhea appeared in a movie named Sonali Cable, although the movie didn’t do much business but assuredly flaunted her acting abilities and her aptitude to become a leading actress.

Rhea Chakraborty is 26 years old and was born on in Pune, India on 1st July 1992. She relates to a Bengali family but there isn’t sufficient information available regarding her family as she commonly doesn’t talk about them on media. Heading towards her personal Relationships, she has been dated Aditya Roy Kapoor for some time. Though the chemistry between both of them didn’t hit off and they finally broke up. Presently, she is unmarried and has no plans to marry with someone. Her all concentration is on her career.

Rhea Chakraborty got so popular that she was appeared in L’Oréal Paris Fashion Commercial which made her more prevalent. She won the nominee for Best Debut in Apsara Awards as well as Zee Cine award for her brilliant acting in Mere Dad Ki Maruti.

Rhea initiated her career with a reality show titled TVS Scooty Teen Diva which she ultimately won and afterward she gave her audition for a VJ and emerged a MTV VJ in the year 2009. Whilst being a VJ on MTV she hosted a couple of shows titled TicTac College Beat, MTV Wassup and MTV Gone in 60 Seconds. Her witty and funny personality collected her immense fans following. In the year 2012, she tried her luck in the field of acting and was appeared in a South Indian movie named Tuneega Tuneega.

In the year 2013, Rhea Chakraborty got her biggest breakthrough movie Mere Dad Ki maruti along with Saqib Saleem which was a hit and gave the needed exposure, she was hunting for. In the year 2014, she got a leading role in the movie Sonali cable, which she confidently nailed it. In 2017, she appeared in film Half Girlfriend in a supporting role and got admired for her acting.

By the end of 2018, her movie Bank Chor was released, she was a lead female in the movie opposite Riteish Deshmukh. In 2018, Rhea Chakraborty will be starring in movie Jalebi along with co-star Varun Mitra. She also appeared in a super hit song with Ayushmann Khurrana titled “O Heeriye”.