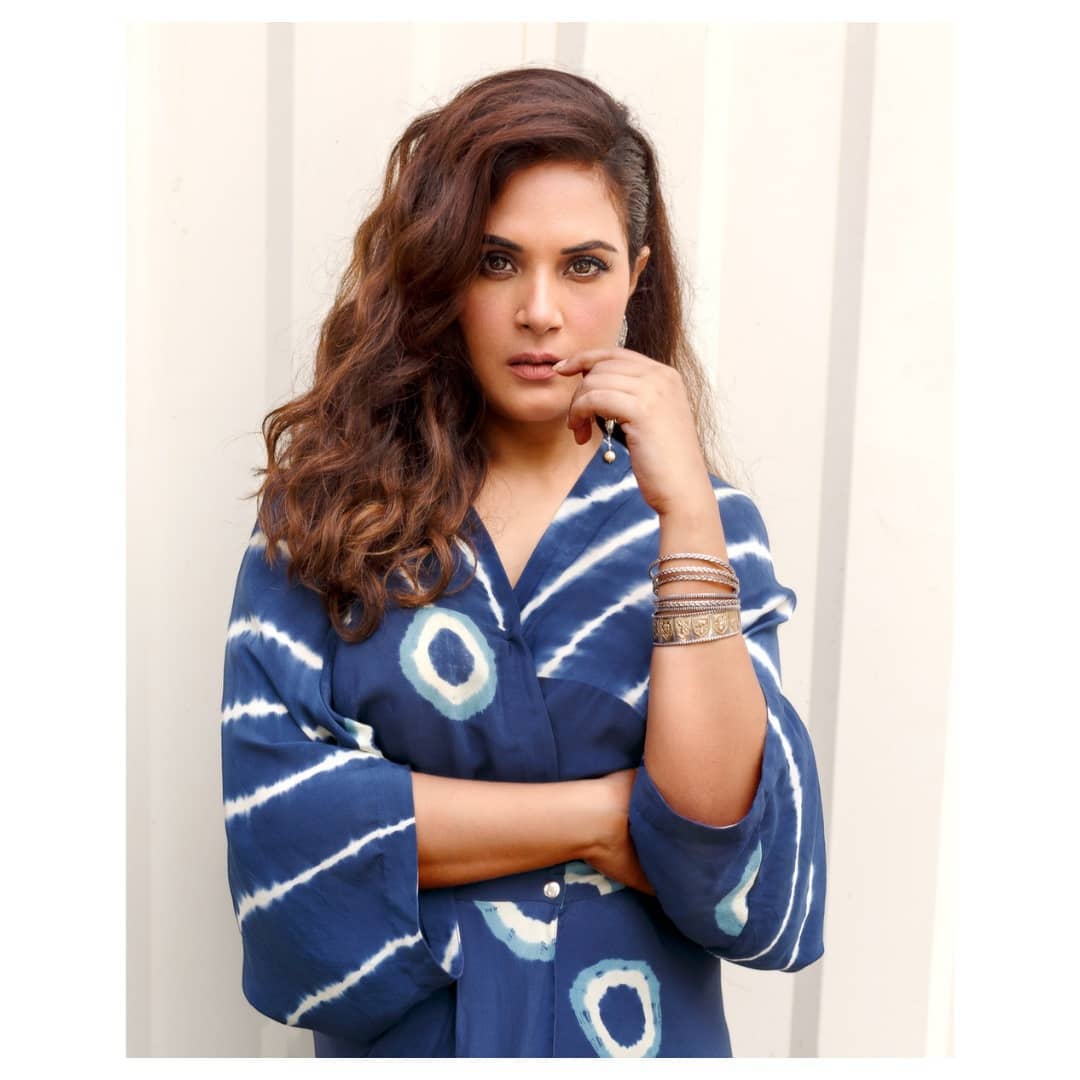 Richa Chadda is an Indian actress who primarily works in Hindi films. She is best known for her work and performance in the Fukrey Series.

She made her film debut in the comedy Oye Lucky! Oye Lucky! (2008). Later, she appeared in several films as a supporting actress. It was her role as the bellicose wife of a gangster in the film noir gangster saga Gangs of Wasseypur (2012) that earned her a Filmfare award. As a supporting actress in Goliyon Ki Rasleela Ram-Leela (2013), she gave a brilliant performance.

In 2015, Richa Chaddha debuted in a leading role with the drama film named ‘Masaan’. The drama film got an amazing response at the Cannes Film Festival.

Moreover, among many, Richa Chaddha has also worked in theatre plays and portrayed the role of a married Delhi-based woman in ‘Trivial Disasters’ in 2014.

However, Chaddha has created a niche for herself in the Hindi cinema and got acclaimed for her outstanding work and performances.

From 2016 till the present, she has been critically acclaimed because of her stand-out performances and dedication to her career.