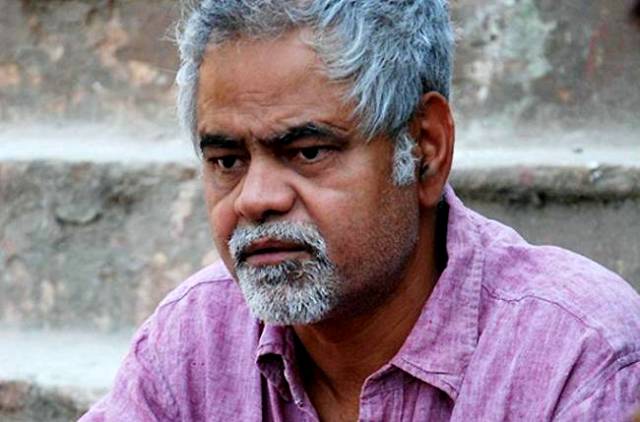 Sanjay Mishra is an affluent Indian movie actor, television actor, film director as well as a Comedian who primarily recognized for his remarkable work in Bollywood Industry. Sanjay Mishra was born in Darbhanga, India on October 6, 1963. He earned his graduation degree from National School of Drama. Sanjay made his first acting debut by the TV serial Chanakya.

Sanjay Mishra is a graduate of National School of Drama. In the year 1991, he made his first acting debut by the television series Chanakya. From 1991-2004, he starred in a series of TV series merely doing only the comic roles. After staring in a few commercials and attaining utmost fame by his work in a few television series and movies, he starred in Mirinda’s TV commercial along with legendary actor Amitabh Bachchan. Sanjay Mishra came into limelight after he was spotted as an icon by ESPN Star Sports for Cricket World Cup 1999. His role of Apple Singh became a family name then.

After making his first debut with a transitory role in parody film Oh Darling! Yeh Hain India! In 1995, he endeavored hard to strengthen his path in Bollywood until; he appeared in Bunty & Babli. After that, there was no sighted back for him. Since then, he has recognized himself as a famous comedian and his depiction in movies like Golmaal and its sequels, Phata Poster Nikla Hero and Dhamal amongst others are a perfect example of his illustrious work. Besides playing comedy, he has also starred in some serious characters in movies like Zameen, Charas, All The Best, Satya and Plan amongst others. He presently played the role of villain in acclaimed movie Anaarkali of Aarah. In 2017, he starred in as many as fourteen movies.

Amongst all his movies, three movies that have grossed him utmost recognition and awards are Aankhon Dekhi, Phas Gaya Re Obama and Masaan. Besides acting, Sanjay Mishra has also directed the movie, Pranaam Walekum. He got married to Kiran Mishra and the couple was blessed with two baby girls named Lamha and Pal.