Shriya Pilgaonkar is a multi-skilled star who is an actress, director, producer & stage performer, hailing from India, born to the famed actors Sachin and Supriya Pilgaonkar. She is a well-trained professional swimmer and has won several medals during school days. She speaks Japanese, Hindi, and English as well. Also, she is a graduate in Sociology from Xavier’s College and also took Kathak dance classes.

At the age of 5, she first appeared in the most-watched, most popular TV serial “Tu Tu Mein Mein” in which she played the role of a boy named Bittu. It was the best-loved character as the number of people watched the serial.

In 2012, she made her stage debut named “Freedom of Love” which was a short play consisted of 10 minutes and directed by Karan Shetty. It was the part of the NCPA’s Short & Sweet Festival in which Shriya Pilgaonkar acted, sang, and danced as well.

In 2013, she started her career in films and made her Marathi film “Ekulti Ek” in which she played the role of Swara. In the film, she worked alongside her father and she felt proud that moment. For this role, she won the six awards and one of them is Maharashtra State Govt. Award for the category of Best Debut Actress.

Later, she worked in the French film named “Un Plus Une” which was directed by the famed director Claude Lelouche. In the movie, she played the role of Ayanna, Indian actress and dancer.

In 2016, she made her Bollywood debut “Fan” and it was directed and written by Maneesh Sharma. While the film was produced by Aditya Chopra (Yash Raj Films). However, she has acted in various movies, TV shows, and stage shows and also appeared in various commercials and advertisements. Moreover, she has worked on some movies as a director and producer as well. 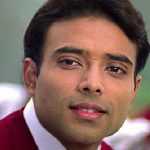