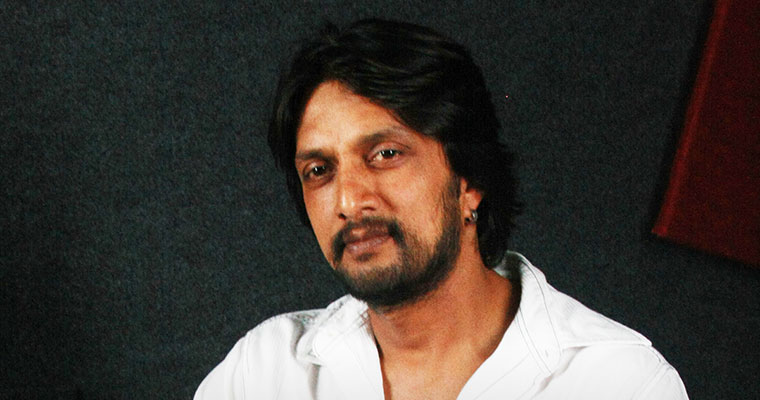 Sudeep predominantly recognized as Kichcha Sudeep is an uprising Indian movie actor, producer, director, television presenter and screenwriter, who mainly appear in Kannada movies, other than appearances in a handful of Hindi, Tamil and Telugu movies.

Sudeep received Filmfare Award for the Best Kannada Actor for three successive years for his movies Nandhi, Swathi Muthu and Huchcha. Since the year 2013, he has been presenting a TV reality show titled Bigg Boss Kannada.

He was born to Saroja and Sanjeev Manjappa in Shimoga district, Karnataka. The family had relocated from Narasimharajapura to Shimoga. Sudeep also earned a bachelor degree with a major in production and Industrial engineering from Dayananda Sagar Engineering College, Bangalore. He met Priya Radhakrishna in Bangalore and the couple married in the year 2001. Priya worked as a banker and then in an airline company, before their marriage. The couple was blessed with a child named Saanvi who was born in the year 2004.

In the year 2012, Sudeep made his Telugu cinema debut, with S. S. Rajamouli’s film titled Eega, a fictional movie in which he played the role of an industrialist. Sudeep’s performance in this movie was very well acclaimed. In the year 2013, Varadanayaka and Bachchan were released. Sudeep also directed a re-creation of Telugu movie, Mirchi. In the year 2015, he appeared in Ranna, Attarintiki Daredi and in Baahubali: The Beginning directed by S. S. Rajamouli. It was top-grossing movie of the year.