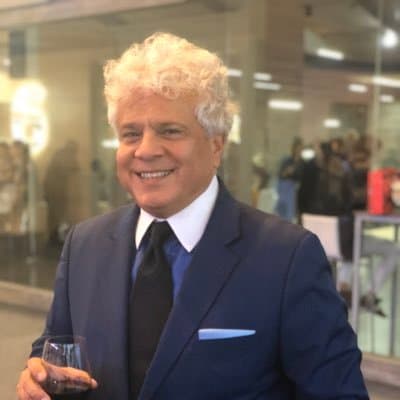 Suhel Seth is one of the well-known Indian star celebrities as he has been among the ones who have been managing their multiple professions in a balanced way. Yeah… You heard that right! He is not just a business tycoon, yet an actor, columnist, author of four books, and also a founder and managing partner of the Consultancy firm Counselage India. Moreover, he is a keynote speaker and a television pundit. He was born in 1963 in Calcutta, India from where he got his education and completed his Masters in International Relations. Afterward, he served as the Chairman, Marketing Committees of Confederation of Indian Industry (CII) and Federation of Indian Chambers of Commerce & Industry. Also, he is on the Experts Committee of the Indian Railway Board.

Suhel Seth is the man who has established his broad career by working in dynamic professions. While he also worked as an actor in more than 135 theatre plays. Apart from this, he also got featured in 6 films for which he got huge popularity and recognition in his career life.

Furthermore, he has worked in the above-mentioned organizations as a Founding Member, Chairman, Marketing Executive, and Founder of the Consultancy firm ‘Counselage India’. There is no doubt that the man is quite active in his career life and has been perfectly managing his professional matters.

In 1996, he then founded the advertising agency named ‘Equus’ with his brother. Also, Seth founded Quadra Advisory with Shunu Sen. And still managing Conselage India Consultancy firm as well.

Among other top projects, he was a part of the Global Advisory Board of the San Francisco-based Blogging Platform ‘Live Journal’ Inc, in 2008. Also, he worked with the Tata Group and some other notable organizations ad agencies.

Moreover, a very few people know that he is also a keynote speaker on social and commercial trends for the Indian consumer base at business, marketing, advertising, and other several Indian Institutes of Management.

Talking about his other side, he is a columnist and is a regular writer at Hindustan Times, Financial Times, The Telegraph, and the Indian Express. Moreover, he is the author of four books.

He has written a book named ‘In Your Face’ which is a compilation of his columns and interviews published in newspapers and magazines. Also, he has co-authored with Khushwant Singh and RK.Laxman on the book named ‘Kalighat to Calcutta’.