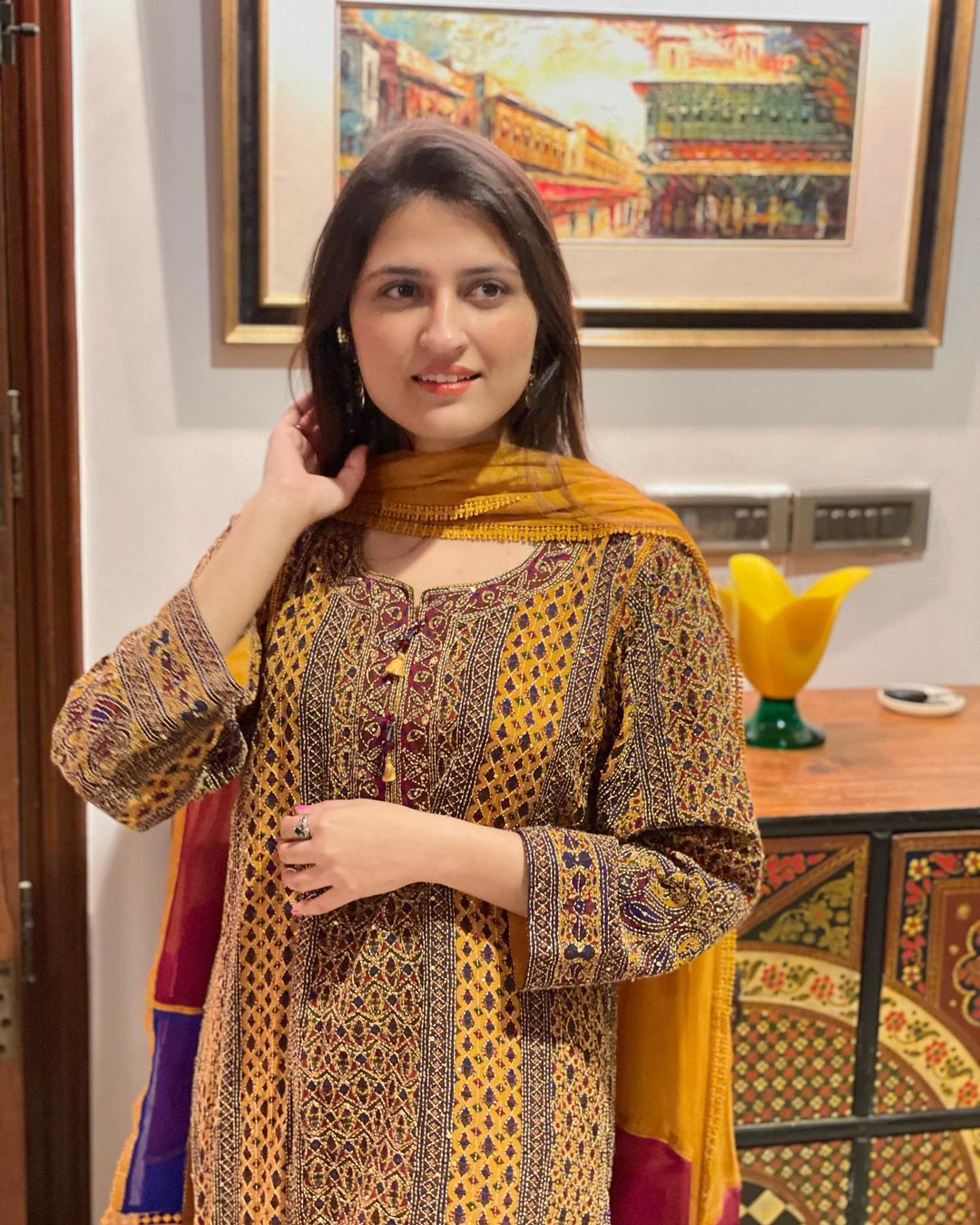 Tania Hussain is one of the top-noted actresses and models in the Pakistani entertainment industry. She is an emerging star who is the daughter of the renowned Pakistani model and actress Natasha Hussain. Tania has made several appearances in most popular dramas wherein we can see her as a supporting actress.

She is notable for her performance in the most popular serial “Rang Mahal” which has recently ended and got an amazing response from the viewers. In the serial, Tania Hussain played a supporting role alongside Sahar Khan, Humayun Ashraf, and Ali Ansari.

After getting her graduate degree from London, Tania Hussain joined the show business industry in 2019. Prior to this, she was a model for a number of brands.

Tania Hussain made her debut serial titled ‘Log Kya Kahenge’ in which she played the role of Erum. She got huge acclaim and positive response for giving a winning performance.

She was also a part of another popular TV serial titled ‘Tana Bana’ in which she played the role of Alizeh Shah’s elder sister. The duo gave admiring performances.

After giving back-to-back hit performances, Tania Hussain now can be seen in an ongoing, most-watched serial named ‘Parizaad’. In the serial, she is playing a role of Ushna Shah’s youngest sister.

Tania Hussain has acted in various serials, but she became a prominent face after giving a heart-winning performance in the drama serial ‘Rang Mahal’.