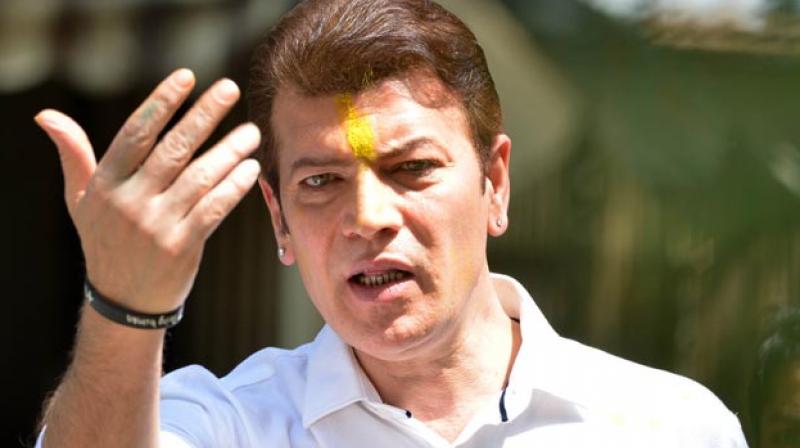 Aditya Pancholi is an Indian movie actor, playback singer, and producer who act in Bollywood movies. He initiated his career as a leading actor and found more success with the villain and supporting roles and also won a Filmfare nomination for Best Actor in a Negative Role for the movie Yes Boss.

Aditya Pancholi was born in Mumbai, India on January 4, 1965. He belongs to an Ahir family and is the son of the film producer Rajan Pancholi and mother Aruna Pancholi. He has two brothers and one sister. Aditya Pancholi completed his early education from St. Joseph’s High School Mumbai. In year1986, he married to renowned actress Zarina Wahab and the couple has two kids named Sooraj and Sana Pancholi.

Aditya Pancholi initiated his acting career with telefilms and put forward into mainstream Indian cinema with the movie Sasti Dulhan Mehnga Dulha. He first starred with a leading role in the movie Maha-Sangram. Aditya had the climax of his career between the 1980s and 1990s. He firstly delivers critically applauded performances as a leading actor in movies like Qatil, Kab Tak Chup Rahungi, Laal Paree, Sailaab, Naamcheen, Yaad Rakhegi Duniya, Chor Aur Chaand, and Surakshaa, but unfortunately, he failed to find success. His major commercial success as a leading actor and his most recognized performance was in Mahesh Bhatt’s movie Saathi.

In spite of his exceptional acting talents, Aditya Pancholi’s movies as a leading actor fared out of sorts at the Indian box office. Though, his performances in the movies Yaad Rakhegi Duniya, Sailaab, Kab Tak Chup Rahoongi, Pyaar Ka Toofan, and Border Hindustan ke were immensely popular amongst the viewers.