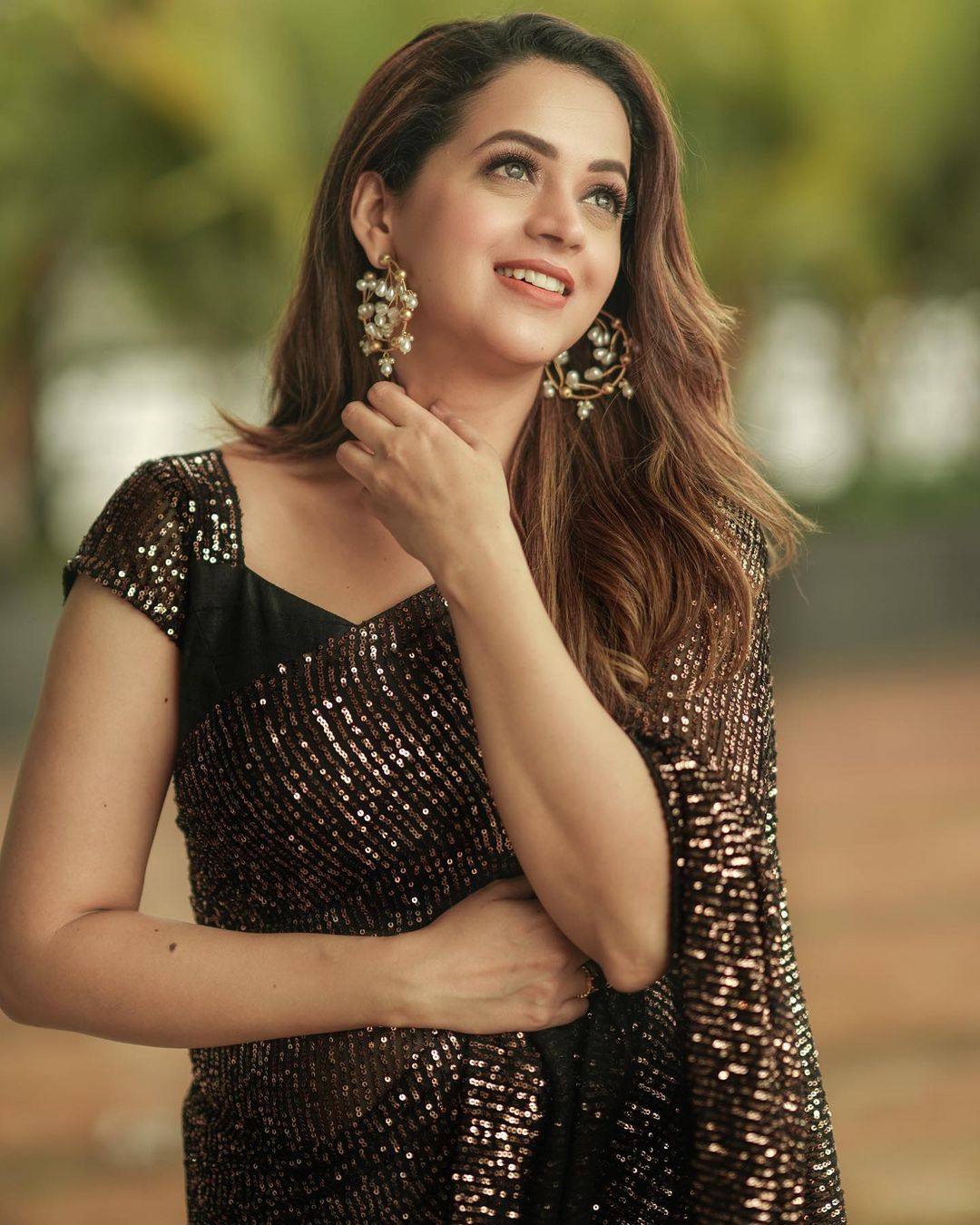 Bhavana, whose stage name is Karthika Menon, is an Indian actress who predominantly appears in Malayalam, Kannada, and Tamil films. Bhavana made her acting debut in the 2002 Malayalam film Nammal. She has appeared in more than 80 films over the course of her career and has won two Kerala State Film Awards, including a Special Mention for Nammal.

At 16, she appeared in the Malayalam film Nammal as Bhavana opposite newcomers Sidharth Bharathan, Jishnu, and Renuka Menon. She got several Malayalam film offers after the film was a big hit. Bhavana won many awards for the film, including the Kerala State Special Jury Award. At that time, she was a student in the 11th Standard when she got her break in the movie.

In 2010, she starred in her first Kannada film, Jackie, with Puneeth Rajkumar, which was a blockbuster. As a result of the film’s huge success, it was dubbed into Telugu and Malayalam.

Bhavana was rumored to star in a Bollywood film with Emraan Hashmi and Amitabh Bachchan. She had a big opening with her second Kannada film Vishnuvardhana with Sudeep.

She appeared in the Malayalam films Ozhimuri and Trivandrum Lodge in 2012, as well as Honey Bee and Ezhamathe Varavu in 2013.

She played Roshni Mathew, a single mother working for an IT company, in Shyamaprasad’s crime thriller Ivide, which revolved around serial killings of IT professionals in major American cities. She starred in a film with Benedict Doray in 2016.

For her Malayalam debut film titled ‘Nammal’, Bhavana won the Kerala State Special Jury Award. Apart from this, she has been a recipient of many awards and honors.