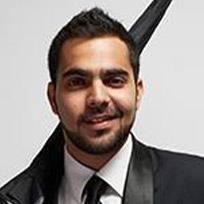 Danesh Irani is not a new face in Indian cinema. He has worked for over 10 years, be it theatre, movies, or advertisements. He is the son of the famous Indian actor Boman Irani who is known for his admiring acting talent. Danesh Irani has also established his name in the industry like his father and now he is recognized for his wonderful work and contribution to Indian cinema. Irani has appeared in innumerable theatre plays for which he got much appreciation. Among many, some of them are popular, such as…The Buckingham Secret, I’m Bawa and I Know It, and others that are worth sharing.

During more than 10 years of his career, the actor, Danesh Irani has worked in dynamic fields as he is a brilliant and well-trained actor. Apart from working with Bollywood and Hollywood biggies, Danesh Irani also has had the privilege to act alongside his father Boman Irani in the play named ‘Rusty Screws’ for which they both got positive feedback. And that’s really impressive to know that the duo has shared the screen together. Well, he has been acknowledged as a sought-after actor in the Parsi community where everyone loves praising him for his work. Among many, he is considered one of the most talented and versatile actors and a comedian. There are many things to know about his life as he is among one of the most celebrated stars.

Danesh Irani considers his fans’ and followers’ love as one of the biggest achievements of his life. That’s brilliant that he has been winning the hearts of millions of people with his outstanding talents.

Known For: Famous for starring in Bring on the Night movie