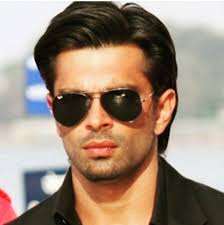 Karan Singh Grover is an emerging Indian actor and model mainly known for his work in Indian television series such as Dill Mill Gayye and Qubooi Hai. He starred in the super hit movies Alone and Hate story 3. Karan is very mystical and a fitness freak who earned utmost fame through Television series and a few films. According to a recent reports, the projected Net worth of Karan Singh Grover is seems to be around 2 million dollars as of the year 2019.

Karan Singh Grover was born in New Delhi, India on February 23, 1982. His family voyaged to Al-Khobar when he was a kid. He completed his school education in Saudi Arabia, after that, he earned his degree with a specialization in Hotel Management. Afterwards, Karan worked as a Marketing Manager in Sheraton Hotel, Oman. On 2nd December 2008, he married to famous actress Shraddha Nigam though his marriage was short-lived when he got separated only after 10 months’ time span. After that, he married to Jennifer Winget, though, both are officially separated. Unexpectedly, he married to renowned Bollywood actress Bipasha Basu in the year 2016 and the couple is living happily so far.

Karan Singh Grover initiated his career as a model and starred as a participant in Gladrags Manhunt TV show and bestowed with “Most popular model” Award. After that, he continued appearing in TV shows including ‘Kitni Mast Hai Zindagi” and ‘Balaji Telefilms’. Afterwards, he was nominated for worldwide open hunt contest. In the year 2007, he appeared in the famous show Dill Mill Gayye, which got him immense recognition, because of which he was prevalently called as “instant hit” and “ teenage icon”. Karan Singh Grover starred in a few Television series and fascinated about some advertisements too.