Michael Bakari Jordan is an American actor and producer. He has been doing a great job since he started his acting career. He is better known for the roles he played in films and TV dramas. He is known for playing the role as shooting victim Oscar Grant in the drama titled ‘Fruitvale Station’ in 2013.

Among others, ‘Donnie Creed’ in 2015, ‘Erik Killmonger’ in ‘Black Panther’ in 2018, and all these are the best directorial of the well-known film director Ryan Coogler.

In 1999, Jordan began his career as a professional actor when he appeared in single episodes of the television series Cosby and The Sopranos. His first film role was in Hardball, which also starred Keanu Reeves. He gained more attention when he played Wallace in the first season of HBO’s The Wire in 2002.

Having replaced Chadwick Boseman on All My Children, he portrayed Reggie Montgomery, a troubled teenager, until June 2006, when he was released from his contract. Following Blackout, he starred in The Assistants on The-N and went on to star in Blackout. In 2008, Jordan appeared in the music video for Pleasure P’s hit “Did You Wrong”.

There are many film credits associated with his acting career. However, Michael B. Jordan has built his extensive career by working in many films and television dramas. The actor got much praise and acknowledgment in his acting career.

Being a winner of innumerable awards and nominations, Michael B. Jordan calls himself a lucky man. He has won Soap Opera Digest Award, three NACCP Image Awards, EWwy Awards, and many others are on the list.

facts about Michael B. Jordan. 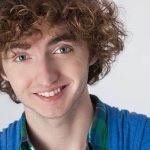