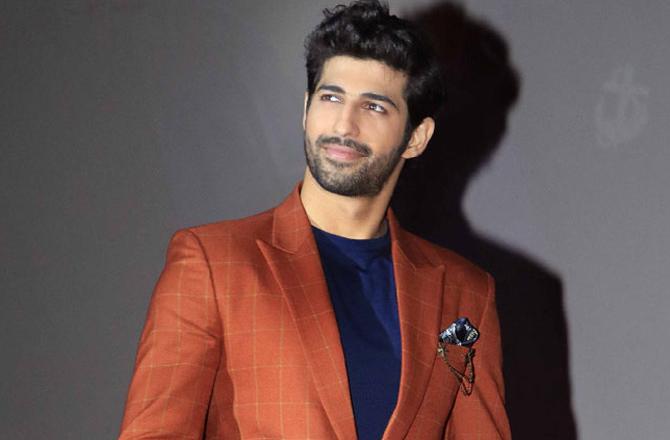 Aashim Gulati, a winsome Indian television actor who has acted in many television serials and got appreciated for giving brilliant performances. The charming actor is known for playing the role of Neel Gujral in Gulmohar Grand as debut serial in 2015 for which he got huge applause from viewers. Also, he became famous for portraying the role of Rehaan Khanna in Dil Sambhal Jaa Zara, and likewise, there are many notable roles he has played so far. In 2016, the actor turned into movies and appeared in a Bollywood film Tum Bin II in which he shared the screen space alongside Neha Sharma. However, he has achieved much fame during his career life. And there is much more to know about his personal and professional life. So, let us have a look!

Aashim Gulati is a huge fan of Ranbir Kapoor and never stops praising him for his outstanding acting skills and his constant efforts and dedication to his work and energetic performances. The Bollywood superhit film ‘Sanju’ a biopic of Sanjay Dutt is the most recent example of Kapoor’s brilliant skills that how he beautifully performed in the role of Sanjay.

In an interview, the heartthrob actor, Aashim Gulati had a passion and love for acting since a long and he always calls it his first love. It seems how much he is enthusiastic about his acting profession and working with accountability.

3- Decided to become an actor in his childhood

Aashim Gulati once revealed that he decided to become an actor in his childhood. It was the time when he was studying in 6th Standard. It seems he was so passionate about his career at such a young age and this man has achieved his aim to become an actor.

Many of us believe and resemble him with Bollywood biggies, such as; Aditya Roy Kapur and Siddharth Malhotra. And that’s true that the dashing boy has much resemblance with this duo.

Aashim Gulati is an avid social media user as he loves interacting with fans and his followers on his Instagram account where he often shares enthralling content to amuse his fans and followers.

Aashim Gulati has appeared in a music video ‘Aaj Mood Ishqholic Hai’ in which he was seen along with the gorgeous Bollywood actress Sonakshi Sinha. The music video became popular and it was loved by everyone.

Before joining the Bollywood film and Indian television industry, the most-loved actor used to work at theatres where he did many theatre plays to hone his acting skills, and luckily, he was acknowledged by many.

The actor is mainly known for appearing in the debut television serial titled ‘Gulmohar Grand’ which was aired in the year 2015. Since then, he never looked back and continued to struggle to become a successful actor.