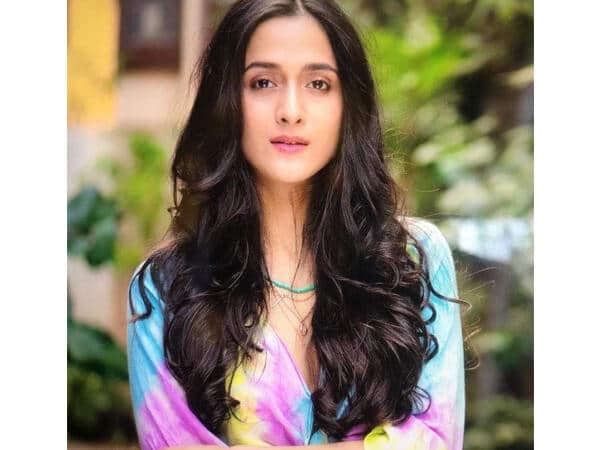 Do you know about Arushi Sharma? Who is she and what she is famous for? Let us tell you something interesting about the ‘Love Aaj Kal’ actress. Yes… You heard it right. She is among the stars who have worked in the romantic Bollywood film ‘Love Aaj Kal’ alongside lead actors Kartik Aaryan and Sara Ali Khan. Many of her fans want to know more about the pretty gorgeous actress, and for them, here we are sharing some lesser facts so that they can get to know more about her because there is much more to know that they are still unaware of, like; her professional and personal life. If you are one of her fans, then this is a great treat for you too. So, let us read some lesser facts!

Arushi Sharma has acted in the film titled ‘Tamasha’ in which she worked alongside Bollywood biggies, such as; Ranbir Kapoor and Deepika Padukone. In the film, she appeared in a minor role as Sanjukta who is a History teacher. While it was directed by Imtiaz Ali.

2- Before Joining the Industry

Like many actors, she also faced a lot of challenges in her life, but never give up. Before joining the industry, Arushi Sharma used to work five to nine in Gurgaon.

The actress, Arushi Sharma took part in Beauty Contest and emerged as a winner. Since then, she is known for being an Indian Pageant titleholder who is working in the Punjabi language entertainment industry.

Among many productive activities, Arushi Sharma loves reading books and also loves traveling whenever she gets time. Mostly, she takes time out for reading books in her daily schedule.

Being a food lover, she is fond of eating a variety of dishes, and she mostly loves eating Rajma Chawal and Tudkiya Bhath (a dish made up of rice). While when it comes to her favorite restaurant, she opts for Baliees located in Shimla.

The Bollywood film industry is known for being blessed with incredible talent as they have a huge list of iconic actors, singers, comedians, music composers, producers, and film directors as well. And among many top-notched celebrities, renowned film director Imtiaz Ali has been her most favorite director.

Among other favorites, she loves wearing Black color. While her favorite fruit is Mango. And she was asked about her favorite movies, she never forgets to share the most popular Bollywood movies directed by her all-time-favorite film director Imtiaz Ali.